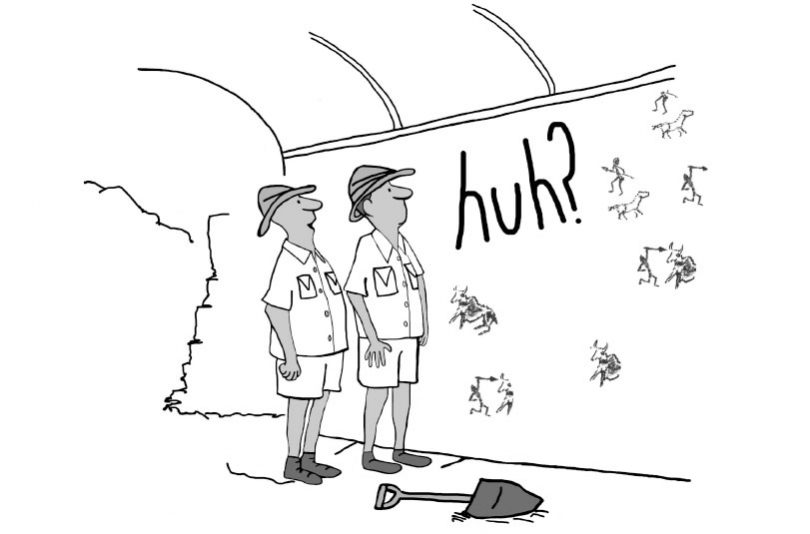 “It appears there were communication problems back then, too.”

It can be hard to keep up with the kids these days. Luckily for you, we compiled a guide to the most hip slang, heard from the streets to the school bus. Whip out this vocabulary at your next PTA meeting, and no one will pester you about bringing homemade cookies to the bake sale ever again.

1. Savage – (adj.) An action that ebbs against normal social conventions that is usually done in the form of a joke but can evoke a surprised response.

“The student corrected all the grammatical errors in the script for her school play and left it on the stage for the teacher to find. That was savage.”

“As much as I love nostalgia, I am so done with hearing your 90s playlist on repeat.”

4. Low-key – (adv.) When you are trying to indicate a matter of importance without being too obvious. Usually, the matter is taboo, at least to a slight degree.

“I low-key can’t deal with my coworker’s foul breath anymore.”

5. Fam – (n.) Directed at the pals who make up your posse. Can also be directed toward one person.

“Hey fam, want to watch the ‘The Bachelor’ at my place tonight?”“Sorry fam, but I can’t make it downtown tonight. I’m going to chill in my bathtub instead.”

“Tonight is Craig’s retirement party. Who is ready to get turnt?”

7. Wreck’t — (adj.) to come out of a conversation or situation worse for the wear.

“Today Josh asked Sam to say something funny, and she asked why she had to make up a joke when he was already there. Josh got wreck’t.”

8. Extra – (adj.) Over-dramatic behavior. “Colby’s conduct at Chipotle was so extra when he yelled at the cashier for failing to tell him guac costs extra.”

9. Ship – (v.) To pair people who seem romantically fit for one another.

“We need to ship Kelly and Bryan. They are the Jim and Pam of our office.”

10. The Struggle – (n.) An umbrella term used to denote the mini setbacks that plague the average human from day to day. *Usually precedes the fragment “…is real.”

“My fly was open during my presentation this morning. The struggle is real.”

“I choked on my sushi during a hot date, and the cashier had to give me the Heimlich. #TheStruggle.”

11. Ghost – (v.) To suddenly halt your response patterns to texts/calls/emails, etc.“When I sent him my fifth screenshot of a wedding dress, he ghosted me.”

Language is ever-fluctuating, but with this lingo you’ll be in the know. At least for the next few weeks.