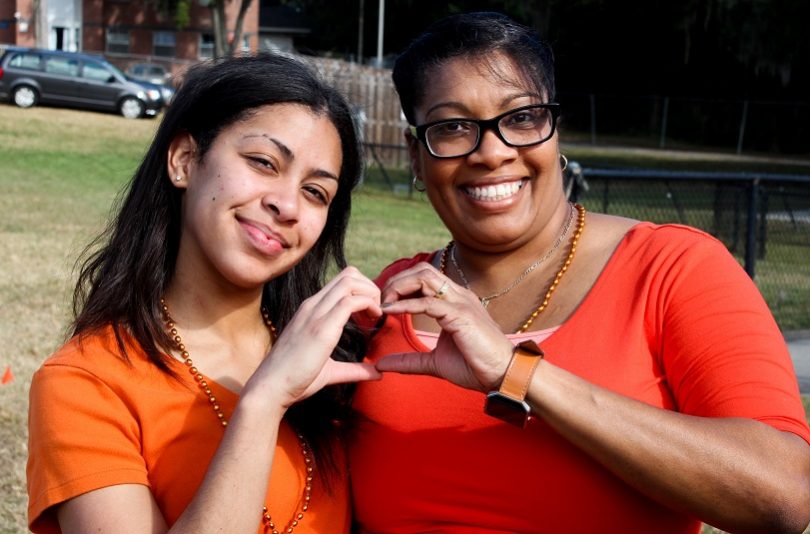 What if something as simple and easy as kindness could change the world?

What if all we see being broadcast – the hate, the fear, the war – would disappear, if only by being kind?

Dr. Free Hess, a pediatrician from Ocala, certainly thinks so and teaches her young daughter, Willow, the same by example. She wanted her to grow up in a world where there wasn’t bullying, sexism, hatred or racism.

“It’s our duty as parents to make the world the way we want to live in,” Hess said.

To that end, Hess and her daughter practice kindness every day, from something as simple as holding a door for someone to handing out supplies to the homeless. So it seemed fitting that Hess would hear about World Kindness Day and bring a worldwide dance activity to Gainesville.

Dance for Kindness is an event where groups from across the globe join together to perform a freeze mob of hugs and hand hearts, then a flash mob dance to the same song on the same day.

The event is promoted by Life Vest Inside (LVI), whose mission it is to empower, educate and inspire people of all backgrounds to lead a life of kindness. Every year, LVI organizes the event in honor of World Kindness Day, showing that regardless of the differences in race, religion, ethnicity, culture and background, the common thread that unites us all is kindness.

This is the first time Gainesville has participated and about 50 people gathered at UF’s Flavet Field on a Sunday morning in November. The Gainesville Dance for Kindness was recorded and sent to LVI where it will be included in the world dance video. The previous year’s event had 15,000 participants and took place in 120 cities and 50 countries. 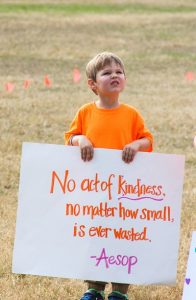 Hess plans to expand the Dance for Kindness to include more volunteer agencies so people can learn what they can do to spread the kindness.

Why did Hess take on this task?

“If we all did our little part, the effect we could have would be amazing,” she said. “That’s my goal, to get people to think about doing their little part, to keep it up in the front of their mind on a daily basis, because it’s easy to forget. We get tired, we work really hard and we have a lot of stresses in our life, so it’s easy to get angry, exhausted and sad and to forget to be kind, so sometimes we need a little reminder.”

More information, including montages of video from around the world, visit Danceforkindness.com.