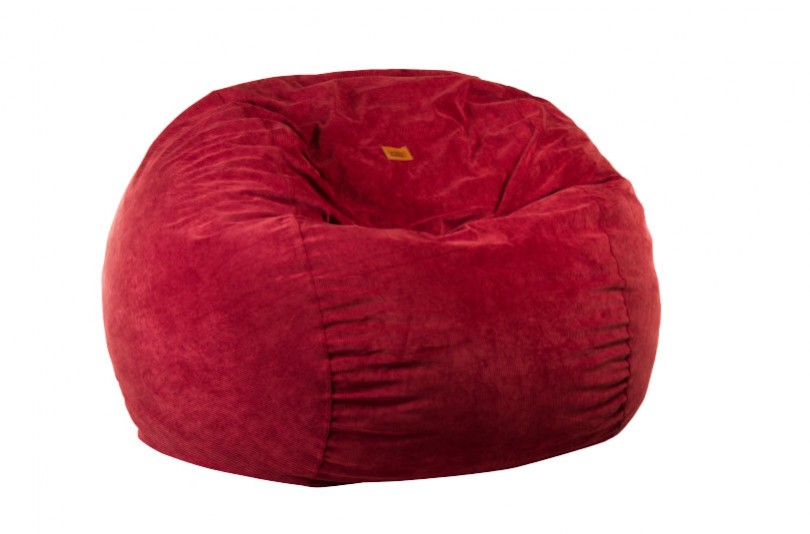 You have probably seen CordaRoy’s beanbags, whether at the coffee shop, in a friend’s home, or even on season four of ABC’s Shark Tank. These patented bed-in-the-bag “Sleepers” are nearly ubiquitous in Gainesville, and since owner Byron Young made a deal with inventor and entrepreneur Lori Greiner on Shark Tank in 2013, CordaRoy’s has expanded to become a national, even international, brand.

The product featured on Shark Tank back in 2013 was the CordaRoy’s Sleeper, or the beanbag with the bed inside. CordaRoy’s Sleepers come in five sizes, ranging from youth to king and even a double king sofa. According to Young, the bags are stuffed with soft, furniture-grade foam, the same foam used by pole vaulters. To transform the Sleepers from chair to bed, simply remove the outer cover and the inner liners lie flat to make a cozy, temporary bed that can be used in place of an air bed. Covers for the chairs come in a variety of colors and fabrics, and even offer artistic designs done by Gainesville artist Christine Cambrea. For all their fame, these one-of-a-kind beanbags began as a family business in 1998, when the beanbags were produced in Young’s own garage. At the time, no one was making foam-filled beanbags and Young was inspired by a beanbag he had as a kid.

“I had one that a lady made by hand. I thought, if nobody’s making them, I can probably make them myself,” explained Young.

CordaRoy’s has occupied various locations, ranging from kiosks in 24 malls around the country to the current location on West University Avenue. Though the TV show Shark Tank and Young’s subsequent relationship with Greiner helped spring CordaRoy’s into the public eye, the company remains controlled by Young, who recently appeared on an episode of ABC’s Beyond the Tank. 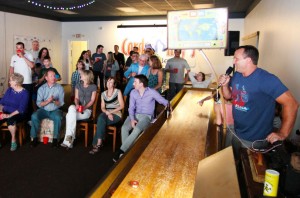 “Shark Tank opens up any door that we need,” said Young, “but everything is up to us now.” CordaRoy’s is famous for its Sleeper, but they also offer home décor, pet beds, and footstools. The company prides itself on the quality of all its products, just as they pride themselves on the Sleeper.

“The materials are really luxurious,” said customer Lonie Carpenter. “They’re super comfortable and our pets love them.” The bags can be found around town at CYM Coffee Co. on Newberry Road and all locations of Gainesville Health and Fitness, but most customers love having CordaRoy’s in their home.

Customer Tony Hernandez keeps his CordaRoy’s beanbag in the playroom for his kids. “We like jumping on it, playing with it and to sit in it during story time,” said Hernandez. The Hernandez family also does something they call ‘Movie House,’ during which they unfold the CordaRoy’s bed in front of their TV and gather to eat popcorn and watch a movie. “It’s a multifunctional piece in our house, sometimes it’s a playset, and sometimes it’s story time, and sometimes it’s just nice to hang out and watch a movie,” said Hernandez.

The multifunctional nature of the Sleeper was also what motivated Lonie Carpenter to buy a bag. 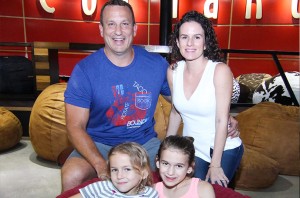 “I have a tiny house,” explained Carpenter. “We needed a functional area where we could use convertible furniture, and a bag from CordaRoy’s was best choice so that the space could become a sleeping loft and comfortable lounging area.”

“You don’t realize until you pull the bed out of the cover and set it up, how comfortable it is. It’s not like an air mattress, where you’re like ‘it’ll do’,” agreed Hernandez. “And when we have guests over it’s nice to have that extra bed just kind of sitting there as that piece of furniture that you use day-in and day-out.”

Despite CordaRoy’s recent and continued growth and fame, Young and his family still live in Gainesville and like to stay involved in the community. They often donate their products to silent auctions and charity events as fundraisers. Young said they most recently helped fundraise for local nonprofit Tyler’s Hope for a Dystonia Cure.

Young concluded, “For a company that makes such a simple product as a beanbag, people would probably be surprised at how serious we take it, and how serious we are about trying to make everybody happy.”