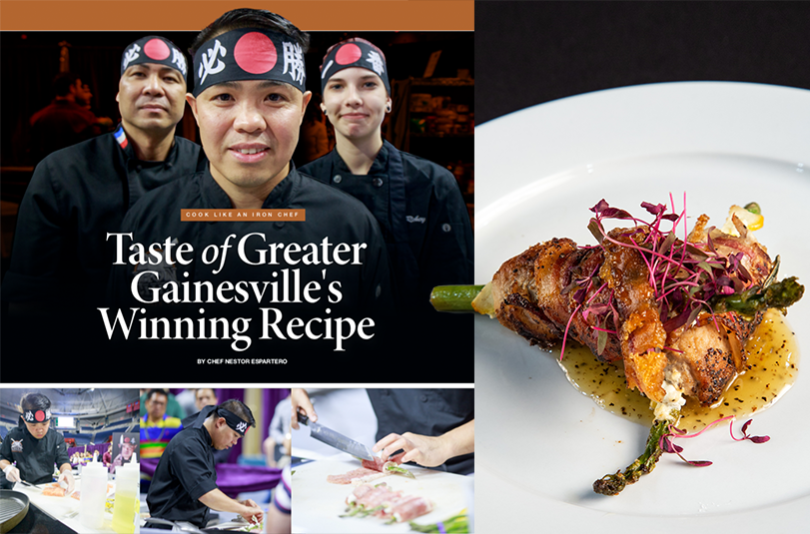 All three competitors, Chef Hung Nguyen, Chef Tonya McGowan and Chef Nestor Espartero, had to create their recipes using a secret ingredient – citrus – which was revealed to them just before the competition began.

Reigning Iron Chef Nestor Espartero of Volcanic Sushi + Sake won the competition for the second year in a row with his citrus-inspired culinary delights.