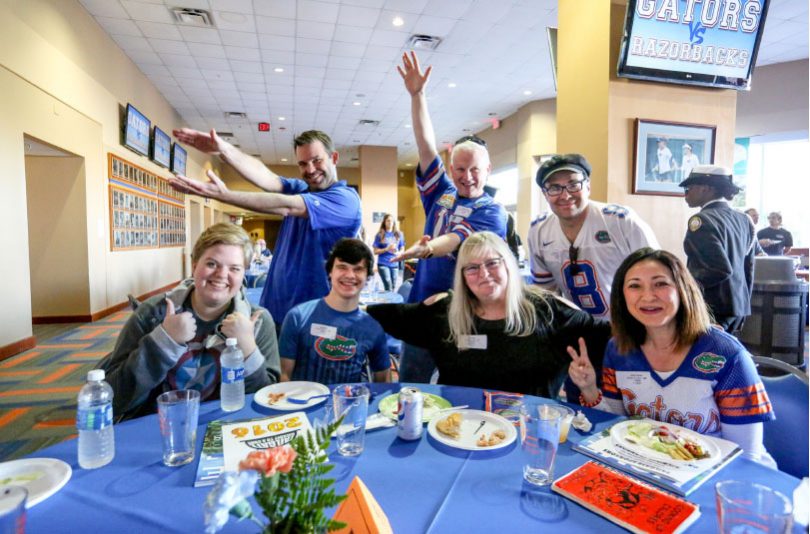 One, two, three, four…Carrie Godfrey counted 10 little toes and 10 little fingers on her newborn, Ashleigh Godfrey. Like any other baby, she seemed healthy. Two weeks later, Ashleigh’s doctors diagnosed her with cystic fibrosis, an invisible disease without a cure.

Ashleigh is one of 30,000 people who are diagnosed with this rare genetic disease. Carrie Godfrey and her husband Bill were both carriers, resulting in a 25 percent chance of passing the gene down to their daughter. Possessing this gene means lacking the enzymes needed to process certain nutrients. This affects the organs, particularly the lungs in which sticky mucus clogs the airways and traps bacteria.

It’s a progressive disease that can wreak havoc, particularly for older individuals with cystic fibrosis who have left the condition untreated. It can become a tiring cycle of infection and antibiotics. Godfrey said she has been taking Ashleigh to the hospital every three months since she was 6 months old.

“There’s a daily regimen,” said Paul Gloersen, associate executive director of the Florida Chapter of the Cystic Fibrosis Foundation. “It is a disease that is fought on a daily basis, and even though you may not be able to see it, people are taking a multitude of drugs and enzymes every day to combat their CF.”

Despite the wary outlook of the disease, there are several treatments that include nebulizers, inhalers and drugs. After being diagnosed with CF, the Godfreys turned to a series of medications. Every morning Ashleigh would wear a pulsating vest that loosened the mucus in her lungs.

Godfrey said, “Everyone thinks she looks so normal when she actually has to think every day about her disease and to think about her future, or if she’s going to have a future: ‘Am I going to get married and have children?’ And ‘Am I going to live a long life?’”

The average lifespan for individuals with cystic fibrosis is 41 years. According to Gloersen, CF is not a lucrative disease for hospitals and treatment can be expensive.  That’s where the Cystic Fibrosis Foundation steps in to bridge the gap.

The Cystic Fibrosis Foundation funds research for finding a cure and provides resources, such as specialized care, through its Cystic Fibrosis Care Centers and financial assistance through a service called COMPASS.

“We believe that CF patients deserve to have care available to them,” Gloersen said.

Through venture philanthropy, the Cystic Fibrosis Foundation has invested money directly into drug companies in order to find a cure.

“Every significant advancement in the CF realm within the last 25 to 30 years has been a direct result of the CF Foundation,” Gloersen said.

Aware of the value in spreading CF awareness and supporting the foundation, the Godfreys have been involved in a number of events ever since their first Greater Strides Walk for CF to their involvement with the Gainesville Tailgate – Kick-off to a Cure – where guests can watch the Gators play on the big screen.

“I think if you look at people who are directly affected by CF, they want to interact and talk with people like each other. We as a foundation form a focal point for those interactions,” Gloersen said.

Ashleigh, now 19 years old, is anything but sick.  She exercises tirelessly and goes to school at Santa Fe College. She has since moved on from the vest to using more effective drugs. By dedicating time and truly utilizing her resources, she is able to make her daily life easier.“I think it’s important to know about CF, since it is a disease that we are rapidly closing in on curing and we need everybody’s help to get us to the finish line.”