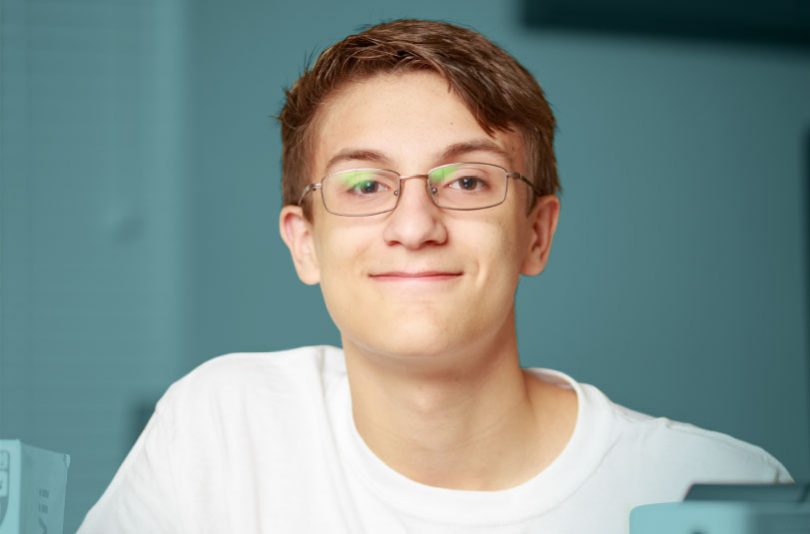 Fourteen-year-old Heath Locklear is not your average teenager. His nonprofit, Charity Nerds, combines his love of video games and desire to help others and is making a big impact in our community.

When you were in school, how did you spend your summer vacation? Did you go to camp? Spend the days watching TV? Fourteen-year-old Heath Locklear started a nonprofit. In the summer of 2016, encouraged by his father, Locklear decided to combine his passion for video games and his desire to help others. Inspired by Locklear’s own childhood, Charity Nerds is a nonprofit organization that gives video games, consoles, and controllers to children with serious illnesses and their families.

When Locklear was 6 years old, he was hospitalized twice within one year. The first time was for a hernia surgery, and the second was for a tonsillectomy and lymph node removal. During his stay in the hospital, his Nintendo DS Lite helped take his mind off his illness. That experience was the primary motivator for him to start Charity Nerds.

“I was in a lot of pain after my surgeries,” Locklear explained. “The video games that my parents got me really helped pass the time and feel a lot happier, which is where I got the idea to spread that feeling of joy to other people in my same situation.”

Charity Nerds collects donated games, consoles and controllers and uses monetary donations to purchase new consoles and games. Then, Locklear cleans and prepares them for donation — they quickly go to individual families, families staying at the Ronald McDonald House of North Central Florida or patients at UF Health Shands Hospital.

For Locklear, the first and most memorable donation was to a family whose baby had been born prematurely. The parents and three other children were staying at the Ronald McDonald House. Their home had been struck by lightning prior to the baby’s birth, which ruined the children’s gaming system. Charity Nerds stepped in and gave the family a gaming system and multiple games. Sherry Houston, executive director of Ronald McDonald House Charities of North Central Florida, said the family was overwhelmed with emotion and gratitude.

“Sometimes, it is tough for the siblings in the families at the Ronald McDonald House who aren’t sick because they can fall through the cracks,” Houston said. “It was amazing to be able to serve this family in a different avenue than usual by helping them get the gaming system, which added a sense of normalcy to their lives that they didn’t have before.” 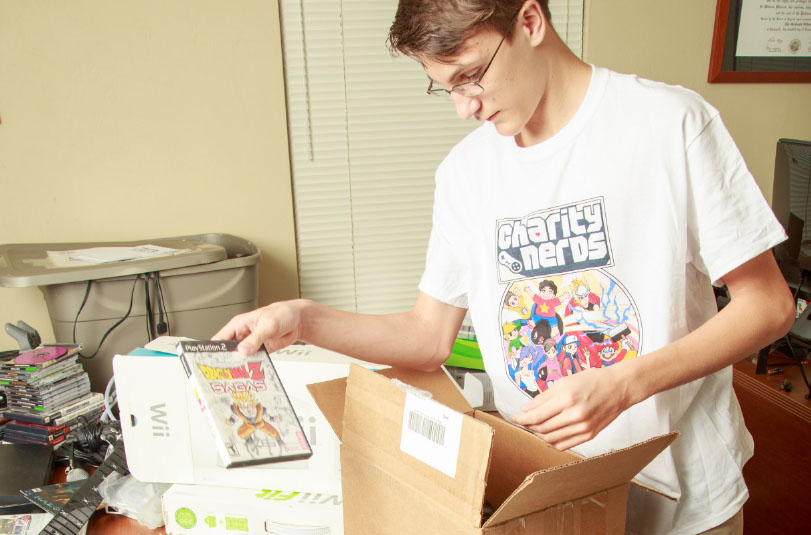 Houston described the experience working with Charity Nerds and Locklear as magical: “Heath’s passion is contagious and enthusiastic. It really just takes your heart; you want to partner with his organization because he does such wonderful things. It comes from him honestly wanting to reach out and make someone’s life better. He’s a pretty remarkable kid.”

Locklear wants to expand so Charity Nerds can reach more families in need. He is working to create a volunteer system for local students or those in the community who want to help out. Charity Nerds is also looking to partner with other nonprofits. One such partner is Stack Up, which is similar to Charity Nerds in that it donates video games and consoles but sends them to military personnel overseas. Through this partnership, Locklear hopes to give consoles to the families of military personnel so they can use online gaming to play with their loved ones overseas who have received gaming systems from Stack Up.

Locklear said he thinks Charity Nerds has changed his life in more ways than one.

In less than two years, Charity Nerds has gone from a summer project to a nonprofit that is making a big impact on our community. With no end in sight and room for growth uninhibited, the sky is the limit for Heath Locklear and Charity Nerds.