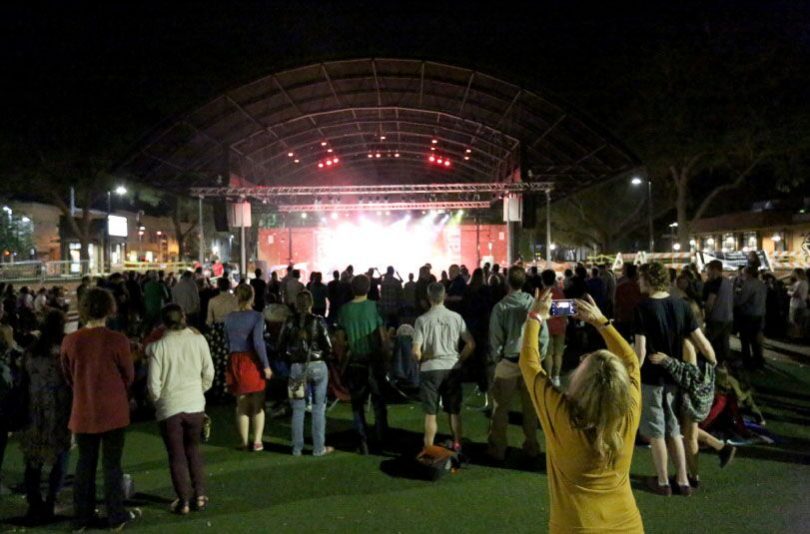 Venues all around downtown Gainesville were filled with diverse crowds to experience music, poetry and comedy at the third annual Changeville Music and Arts Festival, which took place Feb. 8 and 9.

Over the course of several days, thousands came together to explore and enjoy music of all genres, comedy sketches and slam poetry in a safe environment.

Changeville is no different from a typical festival, with the additive that its sole purpose is to promote positive social change.

The idea for Changeville began with the frank organization, which hosts an annual conference to promote positive communication about social change. The frank community includes people from all backgrounds who research, strategize, promote, learn and advocate for social and professional inclusion and equality. The industry-level annual conference that frank hosts is not easily accessible to those not involved directly in the organization. Ann Christiano, the Frank Karel chair in Public Interest Communications and the director of the the newly established Center for Public Interest Communications, began planning Changeville as a way to include everyone in the Gainesville community in the message that frank advocates.

Christiano organized a free music event in 2015 to give the rest of the community an opportunity to participate in the conversation through music, art and support for artists and one-another. It was out of this desire to expand frank’s message to other platforms and a wider audience that Changeville was born.

The festival grew from a large free concert to a small music festival in 2016. Since then, Changeville has only grown in size and popularity with many venues reaching capacity during the two-day festival. 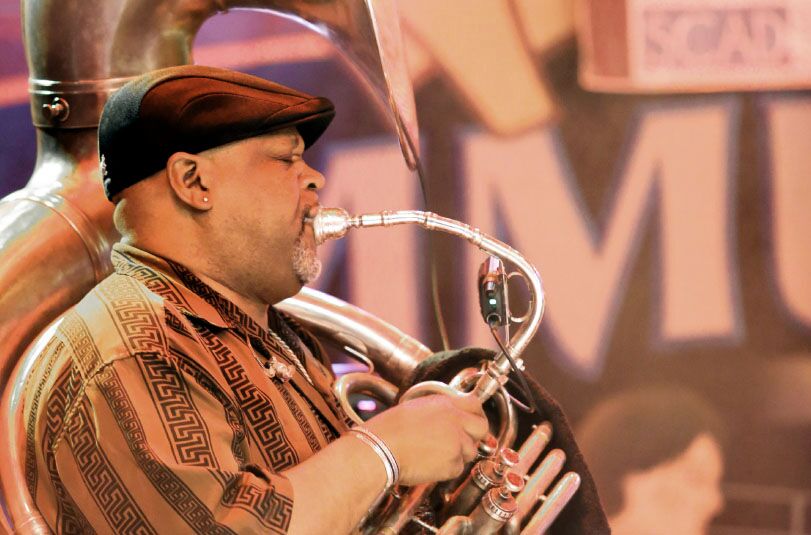 Brandon Telg, Changeville director of marketing, joined the movement in Changeville’s second official year. He was brought to the frank conference because of his non-profit work with the program Self-Narrate, a foundation that gives everyone an open-minded, safe environment to share their story. Telg led a session on how to write and share your story, but also has a strong background in stage and event management, which is why Christiano brought him onboard.

“I followed up with Ann,” Telg said. “One thing led to another and here we are.”

Telg spoke of his passion for live music and how rewarding it is to be a part of the Changeville team. He said that the artists who perform at the festival each year are chosen because of the interesting and positive actions they are making toward social change. Each artist has his or her own advocacy, voice and goal for society, and Changeville gives a major platform to share that goal.

Princess Nokia, a rap artist and headliner to Changeville 2018, is an advocate for intersectionality, which deals with the inclusion and equality of all people from all backgrounds. Her message shined through the crowd at the High Dive, where people of every race, age, gender and sexual orientation dressed in their trendiest of gender neutral clothing and disregarded any gender bathroom signs in the facility. Princess Nokia warned the audience that she would ask anyone to leave if she saw people being mistreated or disrespected.

Local band, The Savants of Soul opened for Booker, but has a long history with Changeville. Due to the bands involvement in the university’s student-run record label, Swamp Records, the members gained a lot of connections within the UF Journalism and Communications school, which is where frank originated. The Savants of Soul played during the opening ceremony the first year when the festival was merely a concert. The Savants of Soul returned to Changeville its first official year in 2016 and opened for Charles Bradley. In 2018, they came back to open for Booker, and jazzed up the crowd for the groovy acts to follow.

Alex Klausner, drums, was unable to express with words what it was like opening for Charles Bradley and Benjamin Booker. He acted out how mind-blowing the opportunities were for him while raving about the artists.

“For any musical act in Gainesville, Changeville is a no brainer,” Klausner said. “It’s one of the most serious musical events annually, and brings in some seriously high caliber artists.”

The Savants of Soul have always shied away from being political, because with nine members in the band they don’t all share the same opinions. However, the band recently released a song regarding money and politics.

“Something we want to push for is for people to be accepting and love one-another regardless of race, skin, gender or you name it,” Klausner said.

Klausner shared his thoughts on why Changeville is important to Gainesville as a community.

“Messaging is everything,” he said. “If you want to change something, you have to build a campaign and do it.”

Changeville is financially supported by a combination of ticket sales, the frank organization, community sponsorships and grants. Telg said Changeville exists because of the support from the community.

“If sponsors and attendees didn’t see value in Changeville, we wouldn’t be able to make it work,” Telg said.

Celine Besman, frank social media manager, said that frank and Changeville would not be possible without the Gainesville community.

“It takes a village,” Besman said.

Changeville acting as a networking event for local and national artists and audiences not only betters the community, but gives opportunities for individuals to expand their activism in a broader sense.

The festival brings new faces to Gainesville, helps the city’s community and economy, and gives Gainesville an extra element that makes the city’s unique personality shine a bit brighter. It had events for crowds of all ages, and gives the community a real chance to gather and unite as one.

As Changeville continues to grow with each year, the festival is always searching for new recruits and volunteers to bring fresh ideas and artist recommendations to the table. From musical performances and comedy shows, to showing documentaries and interactive art, Changeville brings people who are set on making the world a better place together from far and wide, Telg said.

But, Telg added, the Changeville team is always looking to do more. Currently, each year the festival has hosted a secret show at The Bull where the lineup is announced and a small concert featuring three mystery artists is held. The team also held volunteer days where individuals had the opportunity to go out and make a real change in the community, such as by collecting trash from marketplaces.

“When you make something happen in a community, that’s what people know it as – a community that cares about others and making the world better,” Telg said.