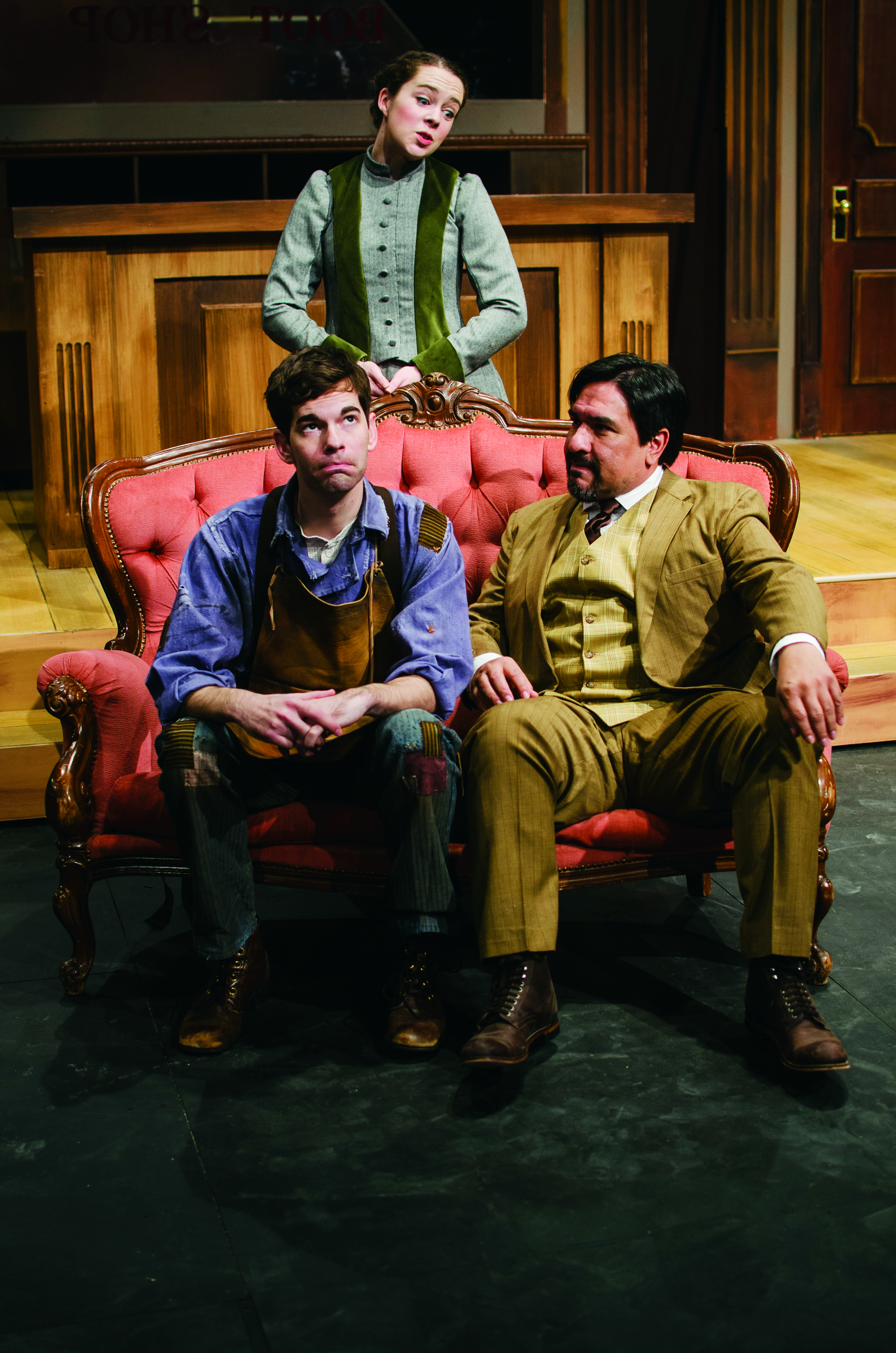 October is filled with fall activities from the fair to homecoming, but did you know it also marks National Arts and Humanities Month? Organizations throughout the United States hold special events and highlight existing activities throughout the month-long awareness campaign. Here in Gainesville, the creative community has been working with the City of Gainesville Department of Parks, Recreation and Cultural Affairs to develop a cultural master plan: the 352ArtsRoadmap. A countywide public survey is currently underway, and the results will contribute to a new set of local priorities for the next five to 10 years.

At the University of Florida, the College of the Arts is one of the many organizations that bring unique arts and cultural opportunities to the campus and the community. Here’s a sneak peek at what’s in store for the arts in Gator Nation.

Another major anniversary coming in 2015 is the 50th anniversary of University Gallery, one of three on-campus art galleries under the University Galleries umbrella. The festivities started in September 2014 with the opening of Come Home: Selections from the Collection of Hector Puig, which features Puig’s vast collection of Puerto Rican santos (carvings) and contemporary artwork that ranges from regional to international and includes influential UF art faculty members, students and alumni. The exhibition will remain open through November 7, 2014,and is free and open to the public.

“Come Home serves as the kick-off to a year and a half of special exhibitions honoring our regional artists, the history of the University Gallery and the creation of the Samuel P. Harn Museum of Art through the original UG Gallery Guild,” said Amy Vigilante, director of University Galleries. “We look forward to welcoming back many old friends as well as new ones.”

From Sweeney Todd to Shakespeare

The School of Theatre and Dance has served as a launch pad for many successful artists, from Stephen Root of “Office Space” and “NewsRadio” to Malcolm Gets of “Caroline in the City” and, most recently, Lyndon Smith of “Parenthood.”

Most of the 2014-2015 season will take place in the Nadine M. McGuire Theatre and Dance Pavilion on UF’s campus, which is home to three performance spaces: Constans Theatre, Black Box Theatre and G-6 Studio

The season kicked off in September 2014 with a partnered production alongside the Hippodrome Theatre for “Clybourne Park”followed by “Cripple of Inishmaan”and will continue in October with a special Halloween performance of the musical masterpiece “Sweeney Todd”(Oct. 24 – Nov. 2), which offers an unforgettable portrait of a man driven to madness by injustice. November brings the BFA Dance Showcase (Nov. 6 – 9) and “Agbedidi”(Nov. 20 – 23), the school’s annual celebration of traditional West African dance.

“From master storyteller Martin McDonagh to Mary Zimmerman’s brilliant adaptation of the stories of Ovid’s ‘Metamorphoses,’ (the 2014–2015) season is filled with theatrical and dance narratives combining the traditionally classic with the contemporary,” said Jerry Dickey, director of the UF School of Theatre and Dance.

Music for Every Taste

From major ensembles such as the UF Symphony Orchestra, UF Wind Symphony, Symphonic Band, Jazz Band, Opera Workshop and University Choir to chamber music and smaller ensembles, the School of Music has an offering for nearly every musical preference.

The school hosts more than 150 concerts and recitals annually, most of which are free, and feature faculty, students and guest artists. Special events in 2014 include the Adolphe Sax Bicentennial Festival (Nov. 6 – 8), which gathers guest artists from the U.S. and Canada to celebrate the 200th anniversary of the birth of the inventor of the saxophone and will feature performances, master classes, lectures, exhibits and a high school saxophone competition.

Then, on Dec. 7, the school will present its annual holiday concert, “Sounds of the Season,” which showcases UF students in the UF Concert Choir and UF Symphony Orchestra as well as community groups such as the Gainesville Civic Chorus.

In spring 2015, two special events will be added to the lineup of performances. First is a semi-staged production of Andrew Lloyd Webber’s “The Phantom of the Opera”(Jan. 30 – Feb. 1) set in the Gothic splendor of UF’s historic university. Then, on April 18, the UF Concert Choir, UF Symphony Orchestra and Gainesville Civic Chorus will again join forces for “Protest Requiem,”a tribute to the victims of the Holocaust and the voice chorus of Terezín.

“Our students and the Gainesville community have a range of tastes and interests in the arts,” said Lucinda Lavelli, dean of the College of the Arts. “The presentations of our faculty, students and guest artists also are diverse. We, along with the many other arts organizations in town, look forward to sharing our season with both new and returning audiences.”

Whether by participating in these events or lending your voice through the 352ArtsRoadmap surveys, take some time to experience all that Gainesville has to offer and celebrate the arts and humanities in October.