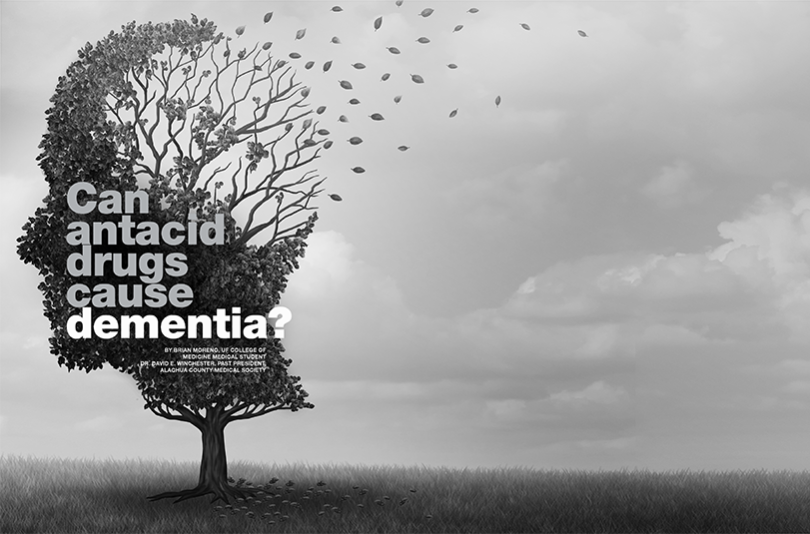 Dementia is a chronic disorder of mental processes that can be caused by brain disease or by injury. Often it is associated with memory problems, although personality changes and impaired reasoning are also common. The most common form of dementia is Alzheimer’s disease. According to the World Health Organization, it is now estimated that approximately 50 million people worldwide live with dementia with 10 million new cases developing each year. That number will triple by 2050 alone.

In the past few years some studies have suggested that dementia may be associated with the use of drugs for reducing stomach acid to treat reflux. Specifically, the studies looked at the risk of a class of drugs known as proton pump inhibitors, or PPIs. Proton pump inhibitors are commonly accessible over-the-counter medications that many Americans use daily. You may recognize them by their trade names: Prilosec, Nexium and Prevacid, to name a few. They work by inhibiting the release of acid from cells lining your stomach, providing relief in cases of gastric acid reflux, peptic ulcers or other medical conditions as indicated by your doctor. Chronic use of PPIs can lead to serious side effects including risks of broken bones, pneumonia, C. difficile diarrhea, vitamin B12 deficiency, kidney disease and possibly dementia. 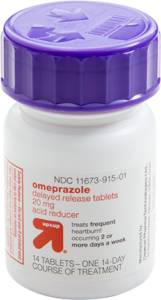 Since the first studies showed a possible association between PPIs and dementia, several more studies have shed new light on the subject. One study analyzed data from the Nurse’s Health Study II of 13,864 participants and found no difference in cognitive function with PPI exposure. A Finnish study published in the American Journal of Gastroenterology found no meaningful association between PPI use and risk of Alzheimer’s disease. A final study from Seattle, Washington, only found no relation between the two, “even for people with high cumulative exposure.”

The important lesson to remember from these studies is that they are what scientists refer to as “cohort studies.” This means that two measurements (in this case, dementia and PPI use) are measured in a population, however, it cannot determine if one caused the other. As a result, we cannot be sure if there is or is not a link between them. What we do know is that PPIs are widely used and in some cases are overused. As with any medical therapy, you should consult with your physician before making changes to medications, however, some people currently taking PPIs may be able to safely stop taking them.

For more information regarding dementia, please visit the WHO, NIH, and Medline sites listed below: