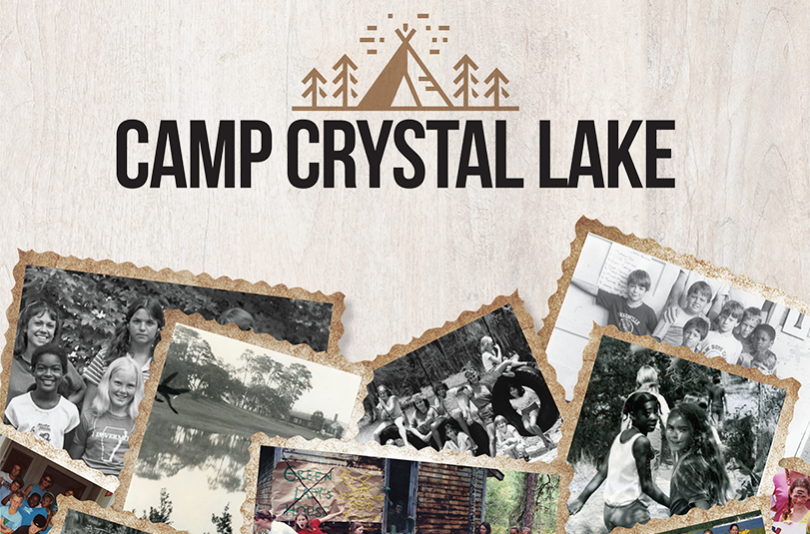 Nervous. Excited. Feeling like she was exactly where she needed to be, and then not sure if she wanted to go home. This is how Sara Kitts Jackson felt within the first few hours of arriving at Camp Crystal Lake Summer Camp back in the ‘80s.

Jackson remembers getting a flier for the camp in the second grade at Hidden Oak Elementary. She knew a little bit about it from her older sister who had previously attended. Now Jackson was finally old enough to experience it for herself. Her parents signed her and her brother up for the week-long residential camp session that summer.

Hooked on making dream catchers in arts and crafts and participating in an array of activities like archery and sailing, Jackson and her siblings attended Camp Crystal for three consecutive summers.

Jackson is now 34 with two children of her own. Her eldest daughter, Adyson, just turned 10 and will be spending her third summer at Camp Crystal, continuing the family tradition.

The tradition of sending children to Camp Crystal during every hot and humid Florida summer has been around for 70 years. But a campground was not the original use for all 151 acres; Camp Crystal was originally part of the Keystone Army Air Force Base and used as barracks in World War II, according to the camp’s website.

After the war had ended, the property was on its way to being liquidated, so the then superintendent of the School Board of Alachua County, Howard W. Bishop, asked for the land from the government. The land could not just be given away, so the school board planned to buy it for $1 – that is until Camp Montgomery, the neighboring Presbyterian camp, decided they, too, wanted the land.

According to current camp director, Scott Burton, when the camp first opened, there were not many conversations about creating visions or mission statements like the camp does now. Instead, camp was just a place for children to get out of the city and into nature. It was not until the early to mid ‘70s that the idea to include a summer camp as an extension of the outdoor education center really picked up, Burton said.

Despite having more than 400 children on a waiting list each summer, “data is strong for new campers getting into camp,” Burton said. Over the past two years, more than 200 new students have attended camp. But Burton said he wishes every child in Alachua County could come to camp for a few days.

While at camp, children participate in hands-on science, such as ecosystem hikes and learning to take water samples from the freshwater lake.

“It’s getting them out into the woods,” Burton said. “Even more, we’re trying to get kids off their devices.” 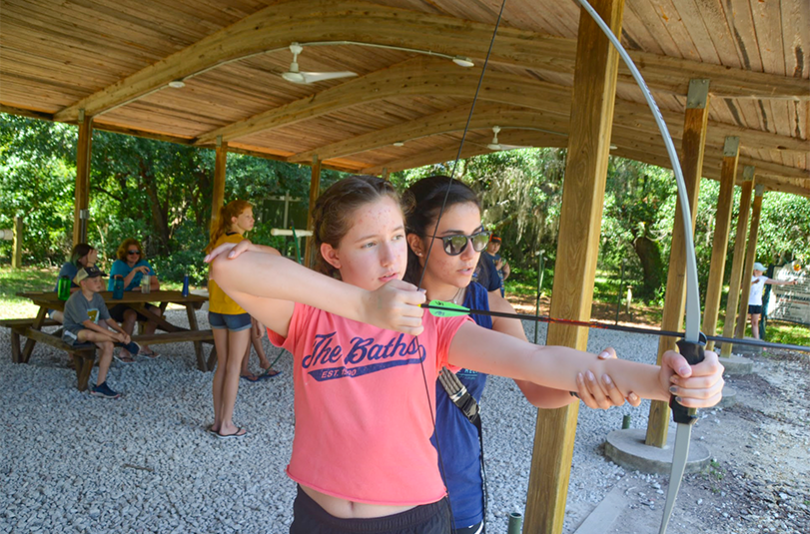 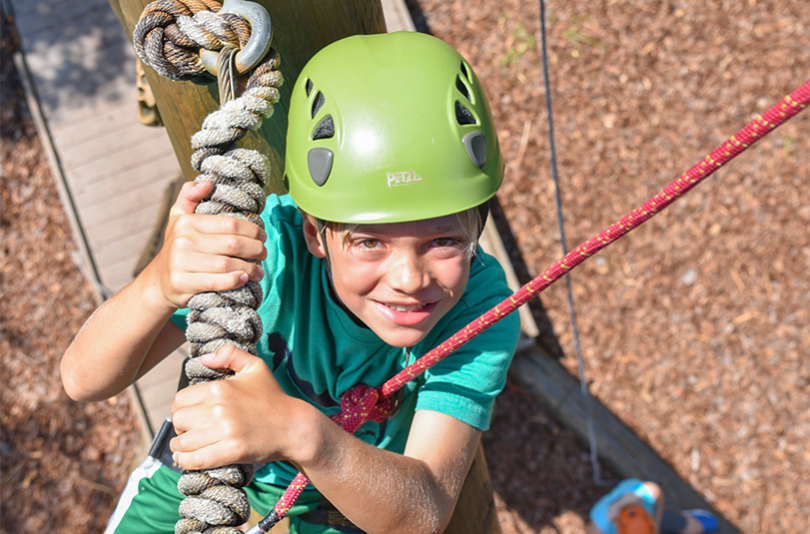 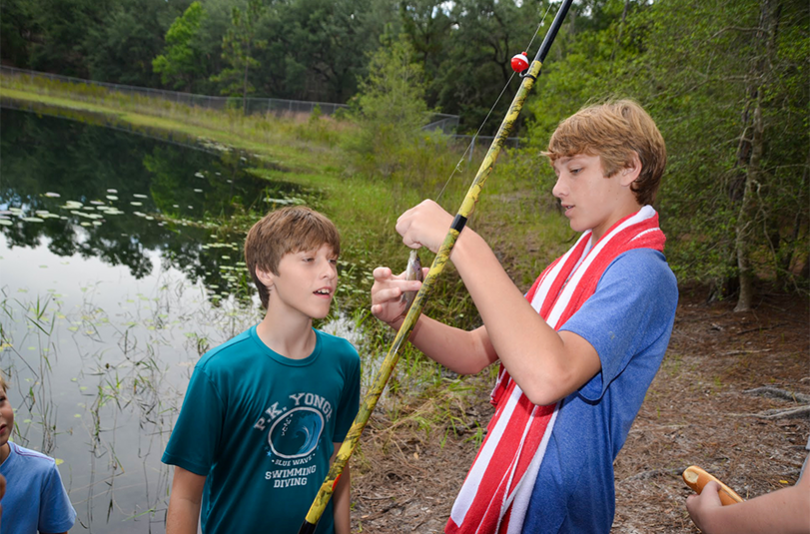 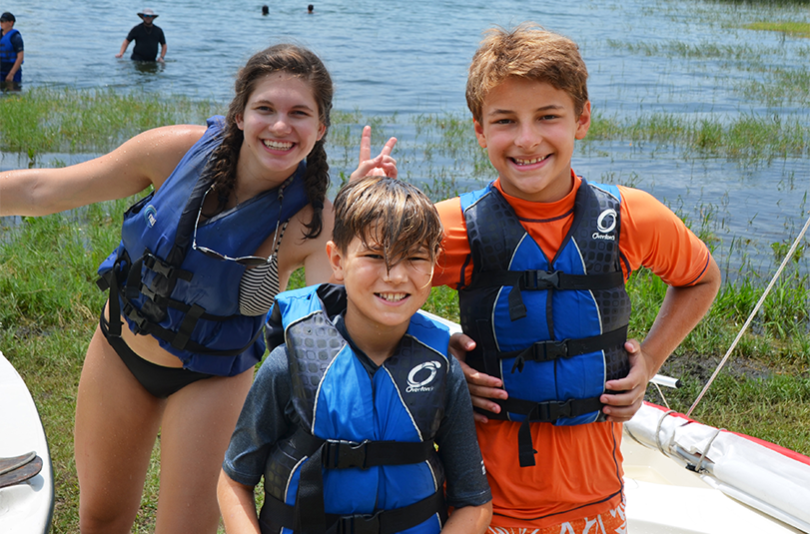 Each second and fifth grader in Alachua County has the chance to become one with nature during the Camp Crystal school year trip. Each Tuesday is dedicated to a different elementary school and its second graders. The students spend that Tuesday on site doing a one-hour ecosystem hike, a hayride, exploring the camp museum and eating lunch.

Wednesday through Friday, the fifth graders from the same school explore Camp Crystal on an overnight trip. The short visit is filled with recreational activities like archery and swimming, team building games and various science classes. There is also an ice cream social on one of the nights.

Attending a trip to Camp Crystal during the school year gives students a taste of the fun and interactive experiences they can receive during the residential summer camp, which can be either one or two weeks long.

For students going into seventh grade through those entering their senior year of high school, there is the option to attend Adventure Camp. Adventure Camp is a 17-year-old program at Camp Crystal that takes 15 to 16 students a week to White Springs to paddle through 44 miles of the Suwannee River. For four nights and five days, students paddle approximately nine miles a day, camp and eat alongside the river and its wildlife — with staff members supervising, of course.

If a student grew up paddling every summer or has spent a few years in Adventure Camp, Camp Crystal created a new program just for him or her. Swiftwater Camp, which is two years old, is a more advanced paddling camp. Instead of going through slow waters, campers study and read rapids while learning new paddling strokes.

“It’s more of a thrill,” Burton said. “The teenagers absolutely love it.”

Down the road, Burton said that he would love to have one extra cabin to both the boy’s and girl’s side of camp to accommodate more campers. Currently, there are five cabins on each side, but with an extra cabin on each side, many more children would get off the waiting list faster and spend more time enjoying all that Camp Crystal has offered for the past seven decades.

“Eighty-five percent of our campers come from Gainesville,” Burton said. “They come here in second grade, they come here in fifth grade, and they’re blown away … by the time they leave they’re so bonded as a group, and they want to come back.”

Burton said he sees grandparents who had attended Camp Crystal send their grandchildren just because they want them to experience what they had in the ‘50s and ‘60s.

“In the Gainesville community, I’d say behind the Florida Gators, Camp Crystal is probably the second biggest thing in our community. It’s everybody’s favorite place. I think it’s the community aspect that makes it so special,” Burton said. “Everybody is kind of raised coming to Camp.”