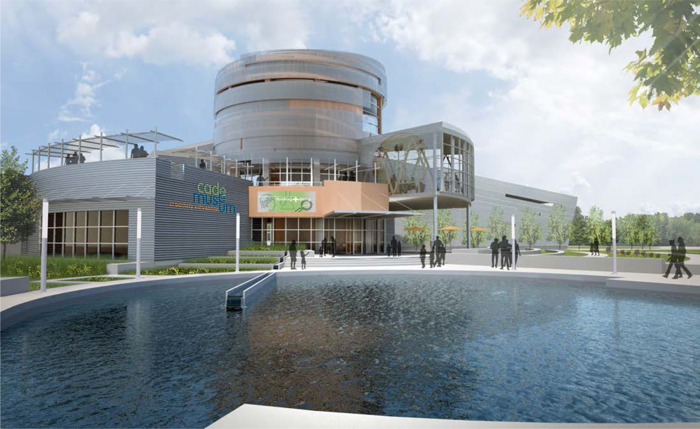 The John Templeton Foundation has awarded $184,000 to the Cade Museum for Creativity and Invention in Gainesville, Florida to share their creativity and science programs with a national audience. Named in honor of the late Dr. J. Robert Cade – the lead inventor of Gatorade – the Cade Museum exists to inspire creative thinking, future inventors, and early entrepreneurs.

Over 4,000 students of all ages have already participated in programs at the Cade Museum, which are designed to boost creativity in science education. Classes at the Cade spur students to think creatively as they work through basic scientific concepts – in other words, to think like an inventor.

The Templeton Grant will enable the Museum to pull together a team of neuroscientists, curriculum specialists and researchers from across the country, including Alachua County schools, the Morris Center and the University of Florida. Ultimately, the model will be shared with schools and science centers across the country, underscoring the link between creativity training and our nation’s success at innovation.

This ambitious goal is in line with the Templeton Foundation’s mission to be a “philanthropic catalyst for discoveries relating to the Big Questions of human purpose and ultimate reality.” Named after financier Sir John Templeton, the Foundation’s core funding areas include “Science and the Big Questions” and “Exceptional Cognitive Talent and Genius.” These efforts include projects to better identify and increase creative thinking.

In October, to celebrate the 50th anniversary of Gatorade, the Cade Museum broke ground for the first phase of a 45,000 square foot building in the heart of Gainesville. Scheduled to open in 2017, the building will house a Fab Lab and Creativity Lab with daily classes, as well as exhibits on the Gatorade story, the American history of invention and entrepreneurship, and the neuroscience of creativity. To learn more, visit cademuseum.org.