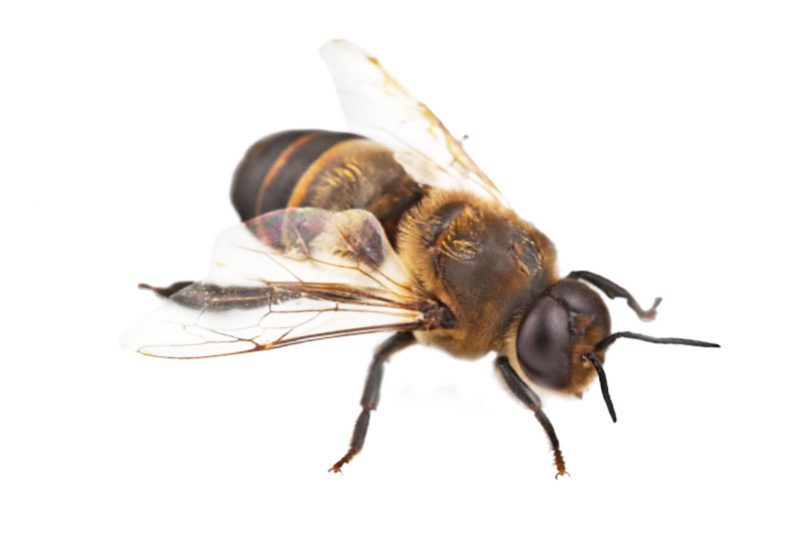 The headlines implying that bees are endangered don’t apply to North Central Florida.

Bees are abundant here, with beekeepers, University of Florida researchers, wildflower proponents and a High Springs beekeeping supply house all working to keep them healthy and expand their population.

Researchers at the University of Florida have conducted extensive studies into both honeybees and native bees.

Currently, the university is planning to construct a new honey bee research, extension and instruction laboratory that will provide a state-of-the-art facility to a team of scientists and students dedicated to bee health and sustainable beekeeping.

Financing for this effort has been provided through a $2 million grant approved by the Florida Legislature, $500,000 in matching funds from UF and more than $600,000 raised through the Florida State Beekeepers Association.

“We’re trying to make a one-stop shop for bee education,” said Jamie Ellis, an associate professor in the UF Department of Entomology and Nematology.

The North Central Florida bees’ hard work contributes to Florida’s ranking of third or fourth in national commercial honey sales (depending on the year), said David Westervelt, assistant chief of the Florida Apiary Inspection Section of the Florida Department of Agriculture and Consumer Services, based in Gainesville. Other leading states are North Dakota, South Dakota and Montana.

“Although honeybees face growing health problems that require more intensive management, many backyard beekeepers have established hives in the past 10 to 12 years because of interest in saving the honeybee,” said UF entomology researcher Josh Campbell.

“I use the company all the time, and it’s great having them available,” said local beekeeper Lee Albritton.

Honeybees are just the tip of the iceberg in the world of bees. They’re dwarfed in number by the 3,500 native bee species in the U.S., of which 300 are in Florida, Campbell said. 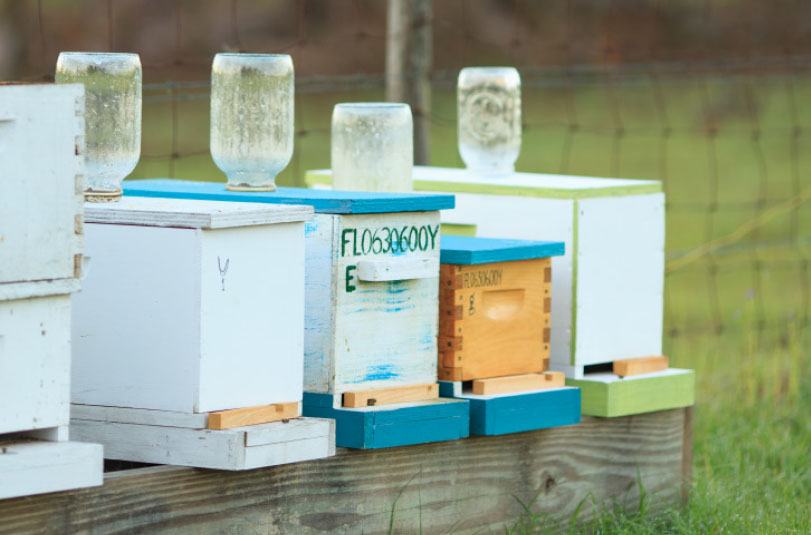 One of the many ways we can help increase the honeybee population is to improve the bees’ habitat and surrounding landscape.

They concluded that changing mowing practices — for example, mowing every six weeks instead of every three weeks — had a big payoff in the population of pollinators.

“It also would save 30 percent on gasoline and manpower,” said Daniels, a professor of entomology and assistant director of exhibits and public programs at the Florida Museum of Natural History.

The Florida Department of Transportation is changing its mowing practices and expanding its wildflower planting in line with Daniels’ concept.

“In many ways, Florida is a model for the nation for enhancing natural plant diversity, resulting in increased pollinator diversity,” Daniels said.

“As I drive through Florida, I would rather see a bright and colorful landscape than dark mowed roadways with lots of trash,” he added. “It helps agriculture and the natural environment.”

A major concern about the dwindling honeybee population is that fewer bees means less pollination occurs, which negatively affects many of the food crops that are staples in our diets.

Campbell is working with other UF researchers to support native bumblebees – as an alternative to honeybees – for pollinating watermelon and blueberry crops.

Blueberry and watermelon growers hire beekeepers to bring in hives of honeybees during the spring, when their crops need to be pollinated.

“There can be as many as 15 honeybees on each blueberry bush,” he said.

Other UF researchers and community members are promoting the planting of wildflowers to improve bee habitats. For example, Claudia Larsen of Micanopy grows wildflowers under contract with butterfly and pollinator gardens, and she is a consultant with the Florida Wildflower Foundation.

“Planting strips of native wildflowers along roadsides, in yards and adjacent to crops feeds native pollinators pollen and nectar,” Campbell said. “So, you’re hopefully building these populations back up, and at the same time, you’re drawing in other pollinators who then stray out into crops.” 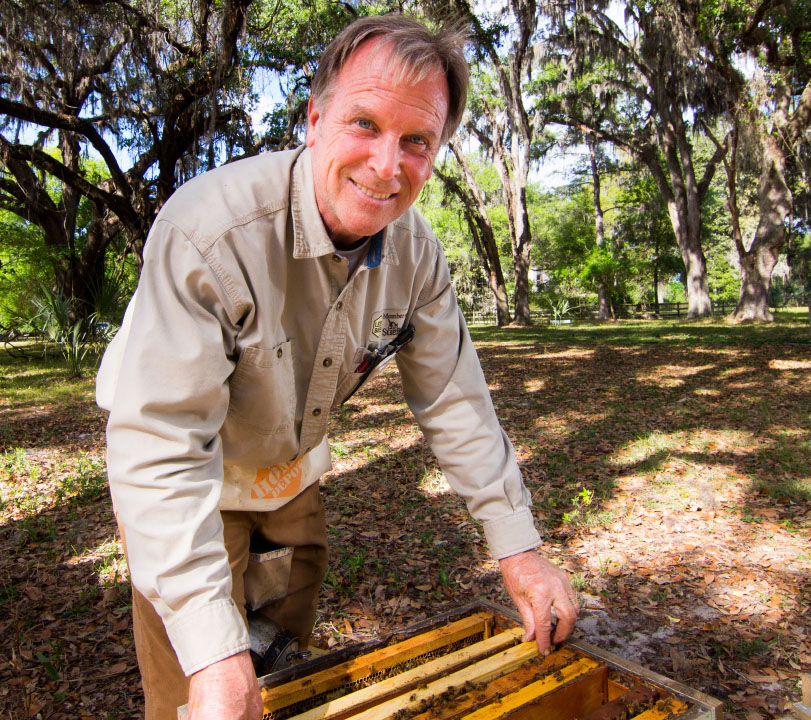 Bees, wasps, butterflies and moths are prominent at Swallowtail Farm in Alachua. Swallowtail, a community-supported farm, grows flowers and flowering vegetables on its 30 acres. It also grows flowers for sale and plants wildflowers in the pastures on its property.

The farm doesn’t use chemicals for pest control or fertilizer.

“We don’t want to contribute to the decline of bees and other insects,” said owner Noah Shitama. “We do have some pest problems from time to time, but it tells us that something is affecting our soil health or something else is wrong.”

Shitama has noticed that broccoli attracts many native bees and honeybees, while zinnias are great for butterflies and wasps. The flowers attract birds, which kill insects — rounding out the balance of nature.

He’s pleased that Swallowtail creates flowers that are attractive to both bees and humans.

“The flowers have the same effect on us as they have on the pollinators,” he said.

The University of Florida’s Institute of Food and Agricultural Sciences is planning a new building dedicated to continuing research into bees and promoting education on the importance of bees.

Mary Bammer, extension coordinator for the UF/IFAS Honey Bee Research and Extension Lab, said the new building should be completed in 2018.

The new building will help UF/IFAS expand its research, extension and teaching efforts, all part of the land grant mission, she said.

“We will develop new research studies based on the needs of the beekeepers,” Bammer said.

The extension work includes annual two-day Bee Colleges: one held at UF’s Whitney Laboratory for Marine Bioscience at Marineland and another at the UF/IFAS Fort Lauderdale Research and Education Center.

“We cover everything from beginning beekeeping to maintaining queens,” Bammer said. The education offerings, which include two online courses on bees, will expand once the new lab is completed. 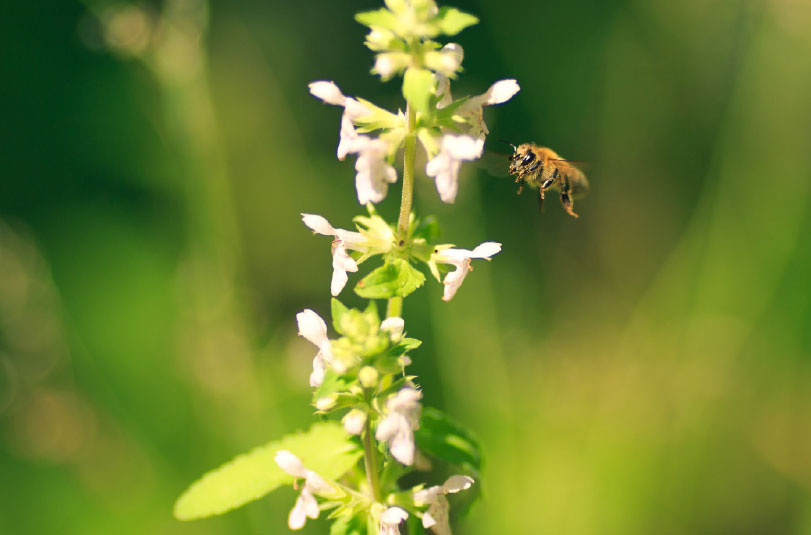 Lee Albritton started out as a farmer with just a few bees, but he’s evolved to a commercial beekeeper with a few cattle.

While his Triple A Farm is in Alachua, he spends summers in Ohio, where he provides starter bee colonies — in 3-pound packages that contain a queen and worker bees — to beekeepers while also maintaining his own hives.

During the rest of the year, Albritton and his crew rotate hives at various locations, including the Osceola National Forest near Lake City and land owned by timber company Rayonier. In March, the bees are in Central Florida orange groves.

“People are nice,” Albritton said. “Even if they have enough bees around for pollination, they let you be on their land for free because they believe bees are good. I do give them honey.”

In Ohio, he situates his hives close to fields of clover, alfalfa and soybeans — producing honey flavored by these crops.

“The flavor comes from the nectar, not the pollen,” he said.

Traveling to Ohio with the starter colonies is quite an undertaking: Albritton drives his truck loaded with a large box containing 600 bee colonies. He also transports his own hives to Ohio for the summer.

Ohio beekeepers lose most of their bees during the winter.

“They asked me to help, and providing them with colonies has diversified my business,” he said.

“The cause of colony collapse is a mystery, but I think the major cause may have been that a new organism that attacks the gut, that came from Asia, was found then,” he said.

Albritton loves his lifestyle. “I work for myself,” he said. “I’m outside most days, not sitting at a desk, and I get to travel.”