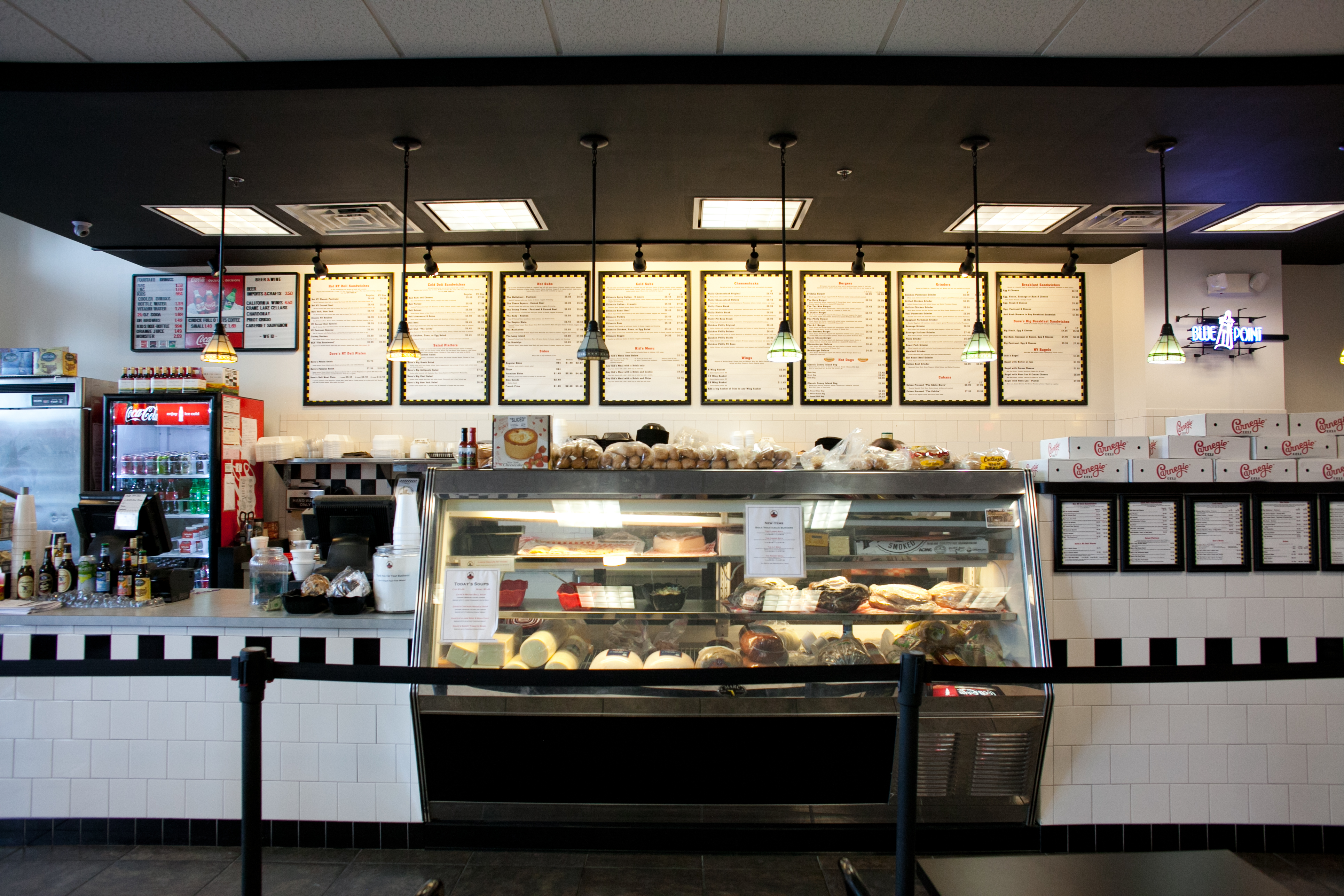 In the pursuit of authentic deli food in Gainesville all roads lead to Dave’s New York Deli.

Locally owned and operated by Dave Anders, the one-time advertising executive has found success by never wavering on his commitment to (literally) transporting the best of the renowned New York City delicatessens straight to the Gainesville food scene.

The pastrami, corned beef and cheesecake featured on the menu arrives in Gainesville direct from the world famous Carnegie Deli in New York City.

“Right now we’re doing anywhere from 800 to 1,000 pounds a month of pastrami and corned beef alone,” said Anders, whose first call before considering opening his restaurant was to the legendary deli about wholesale availability.

Up and down the menu Anders provides customers the real deal. The Philly cheese steak is served on authentic amoroso rolls from Anders’ hometown of Philadelphia. The wings are from Buffalo. The bagels are from the Bronx, the cannolis and Nova Salmon are from Brooklyn, and the Knish is from Coney Island.

More than simply words on a board, the menu reveals Anders’ personal story. “It’s my childhood, my teen years and my adult life,” said Anders, who can link a particular menu selection to youthful memories of fun times at the Jersey Shore.

The 17,000 cheese steaks sold in 2011, and the 11,000-plus slices of cheesecake ordered since the deli opened, confirms Anders and his team are doing something right – and that something is delicious.

“By getting the real stuff and bringing it in here, that was the thrust of my marketing,” Anders said. “To let you know that this is a real, authentic New York deli, and not just by name.”

Anders said he knew that when he first opened there would be those customers prepared for disappointment, sure to find yet another restaurant pretender whose boasts of real deli cooking was just that.

Anders simply let the food do the talking.

“They leave totally converted,” he said. “They tell me, ‘it’s the best pastrami I’ve had,’ ‘the best corned beef I’ve had since I was 15 years old, and I lived in Brooklyn.’”

Such moments, Anders will admit, “have probably been the biggest rewards in doing this.”

Originally opened in the space once occupied by Larry’s Giant Subs in Jonesville, Dave’s New York Deli quickly found a dedicated following. In April 2012 Anders moved his deli to the Tioga Town Center just down the road. The relocation has been a success; dinner business has increased fivefold, and business in general doubled almost immediately.

Anders said he is thinking about opening an express version of his deli, which would be take-out only and located east of his Tioga location.

There aren’t many people who decide to do an occupational 180 midway through their professional career, but that’s what happened to Anders. Did he at least pivot to new a vocation similar to advertising? Of course not – where is the fun in that?

Forty-seven years old and having just resigned from a prominent advertising career, Anders decided it was time for a change, a new opportunity, “to do something different with the second half of my life.”

So he opened a deli – with zero restaurant experience. Sure, he and his wife, Cindy, are “dedicated foodies,” having traveled the world feasting on exotic cuisine. But this was about ownership, or as Anders stated, “unlocking the doors in the morning, and closing the doors at night, and being responsible for my own destiny.”

What Anders lacked in restaurant experience, he made up for with hard work, and the ambition to make people happy with honest-to-goodness deli food. “This is the hardest I’ve ever worked in my life,” he said. “No question about it.”

Anders said opening a restaurant is based on pennies, right down to the type of plastic forks. With pennies in mind, it might seem crazy to buy expensive food products and have it shipped south.

To that, Anders said, “you have to be committed to the quality of that product and to the quality that customers are going to be accustomed to – they have missed that down here.“

Families and food lovers “down here” in Gainesville are sure happy Dave’s NY Deli is nearby to satisfy their deli food wishes, an enjoyable and authentic experience from the moment you walk through the door.