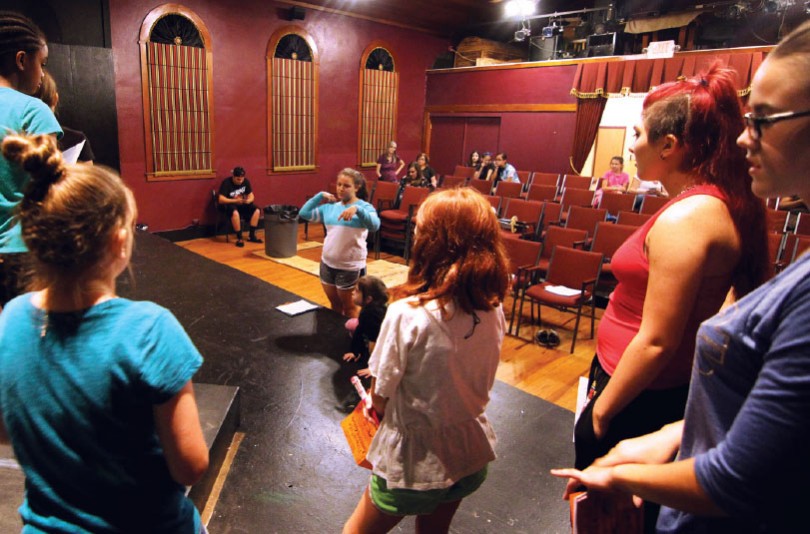 Everybody knows there’s no business like show business, but not everybody knows the work that actually comprises show business. Before a theater can create breathtaking sets, cast talented actors and dazzle audiences, they first select their season. In the same way that no production is the same, every theater’s take on this selection process is unique.

At High Springs Playhouse, a large focus is on injecting variety. Artistic Director Suzanne Richardson explains that their seasons are chosen by a play selection committee that is composed of new people every season. For Richardson, it’s always interesting to see each group’s dynamics. “Since we do switch it up, we’ll have different challenges,” said Richardson. “There are people who have very specific things that they like. If there’s a lot of violence, there are some who don’t really like that. And then there’s a committee that will say ‘In this one it’s awesome because they whip out their guns!’ So you never know what you’re going to be getting.”

Richardson says this dynamic is beneficial because it keeps the seasons fresh. According to Richardson, their past season is almost nothing like the one before, and the upcoming season will be just as different.

Another way High Springs Playhouse maintains variety is by turning to local artists. Many of the plays they chose come from nearby writers and directors. “We have play submissions that open up about five months before we start meeting, so that anyone outside who’s interested in directing a show can fill out the form with their resume. They pick out a play that they would like to put on, and they submit it to us,” says Richardson.

Richardson herself has benefitted from this process. A play that she wrote, Blind Intuition, was recently part of the High Springs Playhouse lineup.

While the High Springs Playhouse features mostly local artists, the Hippodrome promotes influences from the big city as well as the local scene. The Hipp’s Artistic Director Lauren Caldwell believes that you don’t have to go to Broadway to see a satisfying show. “Why do you have to go to New York to see professional theater when you can have professional theater in your own city?” posed Caldwell.

Caldwell looks for the shows that have done well in places like Broadway that Gainesville audiences might have missed. She gives the example of Hand to God, a show coming to The Hipp in January 2017. “It was the most talked about play in New York for a long time. And we actually got the rights to do it, so we’re bringing that home,” said Caldwell.

Caldwell does not limit herself to Manhattan’s impact, though. She describes an encounter with a young girl who saw a show in South Florida. The girl extensively lauded the show for it’s captivating experience. “I’m thinking, ‘Okay wait a minute. You’re probably in your mid-twenties and you spent money to go sit in a theater, and you saw something you just can’t stop talking about. That deserves a read from me,’” said Caldwell. Whether it’s from the Big Apple or from across the state, The Hipp is excited about bringing moving theater to Gainesville. 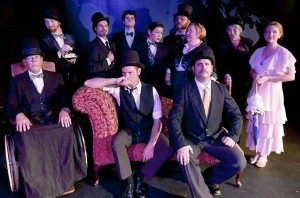 UFPA Seeks Artists Who Captivate Both On and Off the Stage

Things work a little differently at University of Florida Performing Arts, where Director Brian Jose is in charge of play selection. There are many factors to consider when selecting UFPA’s seasons. “It’s a delicate, but intentional dance,” noted Jose.

In addition, UFPA is a multi-disciplinary presenter. They host performers from all ranges of music, dance, and theater. With so many disciplines, how does one finally come to a decision? For Jose, diversity is important. He explains that UFPA looks for artists who represent many viewpoints, cultures and ages. However, performers must go beyond even these criteria. “I look for artists that are skilled at and committed to residency and outreach work,” said Jose. “The magic point is when we have an artist who is captivating on stage, but also has an interest in sharing their gifts off stage.”

Jose expresses that one of his favorite shows was with a hip hop company called Illstyle and Peace. He describes the positive student reaction when the company stayed to dance with the patrons and students. “To me it was all about getting community and students together and engaged,” said Jose.

It is this goal of engagement that guides Jose throughout season selection. However, it is not always easy to secure such well-rounded artists. The UFPA boasts a range of performers from all over the nation and even abroad. Although this creates a rich assortment of acts, it can also present challenges. 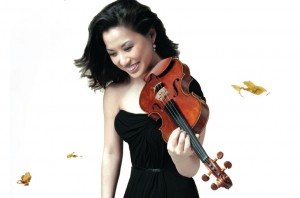 Jose described a show from a theater company from Spain. “I saw this show 18 months ago and not a day goes by that I don’t think about it. It was so profound,” said Jose. Jose admits the process to bring the act here is difficult; getting visas and settling other arrangements has to be done far in advance. Despite all of this, Jose still describes it as both a challenge and a labor of love. “We’re really working to bring this group to the U.S. because I think it’s going to change lives,” explained Jose.

While UFPA is known for its international artists, Acrosstown Repertory Theatre is championing the local artisan. Much like High Springs Playhouse, Acrosstown enjoys receiving play submissions from members of the community. Carolyne Salt, president of the theater’s Executive Committee, emphasized that not only do they enjoy showcasing local talent, but also developing talent for the future.

Nestled into their season is the Gainesville Homegrown Local Playwrights’ Showcase. This is where they attract many local authors, whom they then partner with for future shows, Salt explained. Nearby artists may make their debut at the showcase or follow the traditional route of submitting a show to the play selection committee.

There are a number of factors the Acrosstown play selection committee considers before selecting their season, but ultimately it all comes back to the theater’s mission. “The biggest factor, in my eyes, is whether a play suits our mission and vision,” said Salt. “The Acrosstown’s mission is to develop new talent, plays, audiences and ideas while also celebrating and revivifying the great plays of the past.”

Despite the varied season selection methods of Alachua County’s local theaters, they all share a deep love of art and the desire to make it known. Salt states the theaters’ common goal best — “To help nurture and develop Gainesville, Florida, into the center of arts and culture in North Central Florida.”