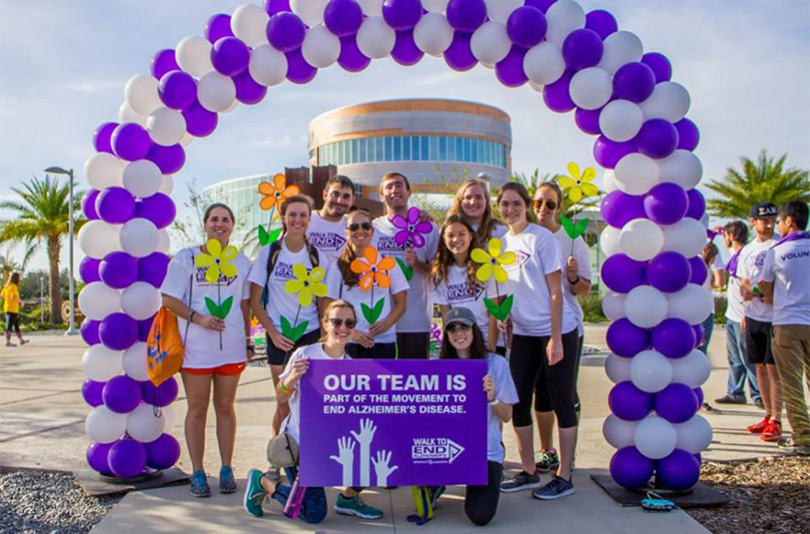 Alzheimer’s is a disease that is often kept private. It’s not like fighting cancer. It’s a chronic disease that progressively attacks its host. It can be embarrassing for the host, as well as the caregiver. It’s not always talked about, but it’s the sixth leading cause of death in the United States, according to the Alzheimer’s Association.

On October 20, the Alzheimer’s Association’s will host the annual Walk to End Alzheimer’s to raise awareness and funds for Alzheimer’s care, support and research. The walk will be held at Trinity United Methodist Church at 8 a.m., which is close in proximity to caregiver/sponsor locations.

“The best thing is to raise awareness,” said Julie Roca, development manager for the Alzheimer’s Association Central & North chapter. “Next, we need to raise concern. Once we’ve raised concern, then people will take action. At this point, we need to be taking action as a community.”

Similar to Relay for Life, teams are created to fundraise before the walk. It all culminates leading up to the walk. Teams will register, and booths will be set up at Trinity church for the walk.

“Caregivers have a lot of trouble getting organized to be able to better care for their loved ones,” Roca said. “There are a lot of vendors to help out with assisted living and memory care.”

One in four people are affected by Alzheimer’s, Roca said. It is so common that people ought to be able to discuss it freely. It’s something the community should experience together to support one another.

This year, the chapter has a fundraising goal of $105,000. About $21,000 will come from sponsorships and the rest will come from fundraising. Proceeds will go back to the Association, which will help to provide programs and support services to families, as well as conduct research. 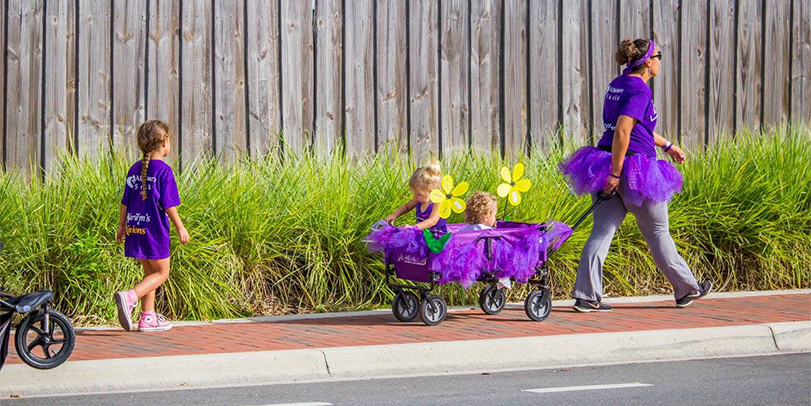 “I think my favorite aspect [of the walk] is getting to hear everyone’s stories,” said Tiffany Nelson, event coordinator for the Gainesville Walk to End Alzheimer’s. “Once I was able to see everyone impacted by the walk, I just wanted to be able to give back to them.”

Nelson, a 21-year-old microbiology and cell science major at the University of Florida, originally became involved with the walk through her sorority, Sigma Kappa. She conducts research at the Center for Translational Research on Near Degenerate Diseases, which focuses on diseases such as Huntington’s Disease, Parkinson’s Disease and Alzheimer’s. As such, the research drives her passion to stay involved with the organization.

The Alzheimer’s Association offers different programs and support groups for caregivers. One such program is Memories in the Making, an art therapy program that allows those affected by the disease to produce art for their loved ones.

“[Memories in the Making] helps, most significantly, the caregivers,” said Robert, who will only be referred to by his first name to maintain his privacy with the sensitivity of the disease. Robert cares for his wife who was diagnosed with Alzheimer’s. 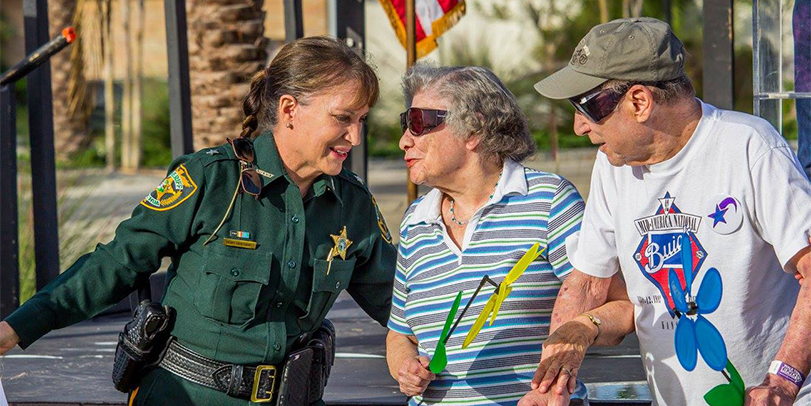 “I was very surprised by the skill level of the picture she painted,” Robert said. “I think she was pleased about it.”

Caregiving is a long-term process, he said. The medical field has done a good job at developing and supporting caregiver programs. The disease can’t be cured, but the caregivers can be supported.

“Caregivers need to be flexible,” Robert said. “Caregivers should learn as much as they can about how dementia develops and educate themselves on what to expect.”

Robert attends a weekly support group for caregivers at North Florida Regional Medical Center. His wife has been battling dementia over the last decade, and he gains strength and support each week by attending meetings.

“Alzheimer’s is progressive,” he said. “I think the caregiver needs to be aware and able to adapt to the changes that naturally occur.”

Alzheimer’s does not just affect the elderly. Early-onset Alzheimer’s impacts people younger than 65 years old. According to the Alzheimer’s Association, five percent of the more than 5 million people affected by Alzheimer’s have early-onset.

To learn more about Alzheimer’s or to get involved, visit alz.org or call the Alzheimer’s Association 24-hour helpline at 800-272-3900.