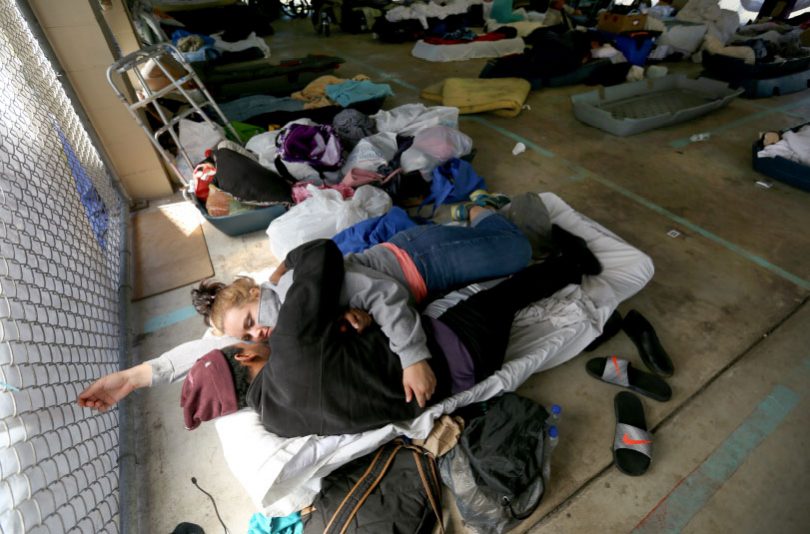 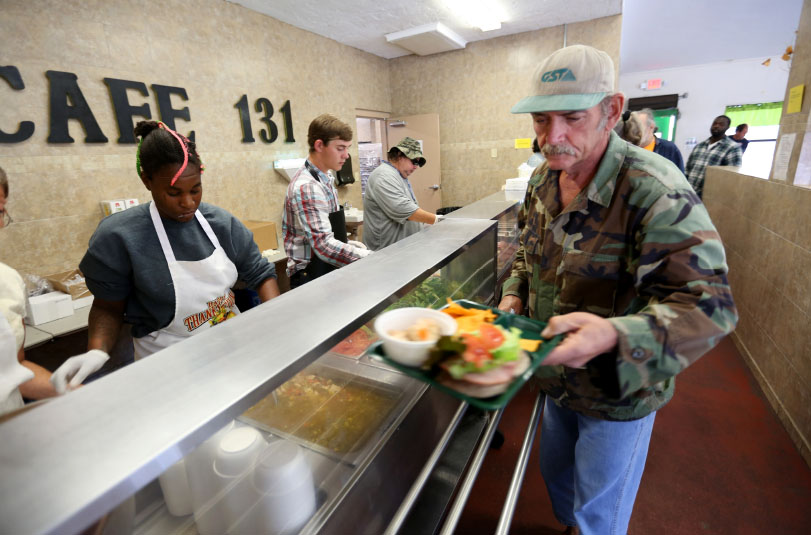 In 2005, community leaders announced a 10-year plan to end homelessness in Greater Gainesville. The cornerstone of the plan was a one-stop service center that would make multiple resources available in a single location.

The 10-year mark has passed, and homelessness continues. However, two major accomplishments have been achieved through a coordinated effort led by the Alachua County Coalition for the Homeless and Hungry — an effort supported by hundreds of volunteers and funded by local, state and federal government grants as well as private donations.

As you approach GRACE Marketplace, it’s hard to know what to expect from a previous prison site.

As you turn into the entrance tucked away inconspicuously south of Northeast 39th Street and east of Waldo Road, you notice several men walking and bicycling toward 39th.

You observe the neatly spaced concrete block buildings of the former low-security prison and several people sitting or walking around comfortably. No bars, no corrections officers.

The Mobile Outreach Clinic, operated by the University of Florida’s College of Medicine, is parked nearby, and several patients are waiting to be cared for.

Entering the office building, you find Gary “Tyson” Waller serving as the receptionist. His broad face, accented by a gray beard, is welcoming. He’s assisting a guest.

When he was young, Waller was a “sky walker,” working high in the air on construction sites. Years ago, he was injured in a chemical explosion, and later, he had other accidents.

After five years living in San Francisco, he came to Gainesville. Unable to find work, he faced hard times.

“I was losing faith in God,” Waller said. 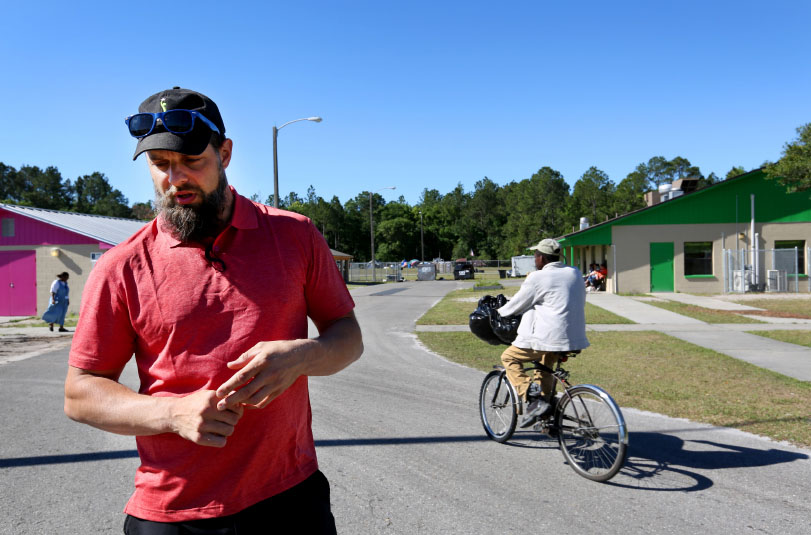 He became a guest at GRACE Marketplace, which led to his job there. He’s glad to be part of its mission.

“I now know that I’m under the care of God, and I want to make a difference any way I can,” he said. “I’m helping people who don’t know where they’re going or how to get there.”

DeCarmine begins his tour with an analogy: “We’re like Walmart,” he said. “People want to go to one place to get what they need.”

The second accomplishment is that  homelessness in Alachua County has dropped 47 percent since 2013 — down to 800 from 1,500, according to the annual census conducted by the coalition. The decline in homelessness coincides with GRACE’s opening.

“GRACE really meets people where they are,” she said. “The staff recognizes that getting out of homelessness takes multiple disciplines – housing, employment, substance use, medical, psychiatric and spiritual. By supporting these services all in one site, they are acting out what most cities only dream of doing.” 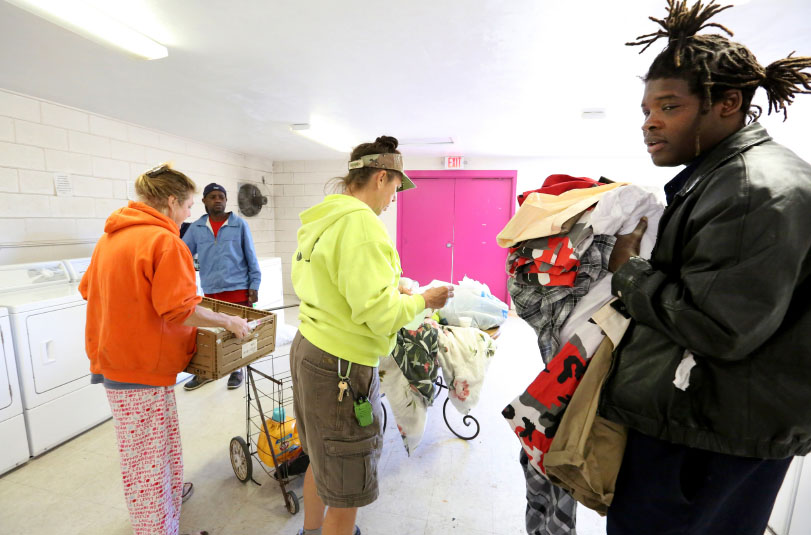 But, much more needs to be done, Hutchinson said. The biggest need is to provide additional permanent supportive housing for people whose physical or mental health makes it impossible for them to work.

“It’s hard to find a place to live if your income is $735 a month of Social Security disability payments,” Hutchinson said.      Retired University of Florida President Bernie Machen previously served on the oversight board,  and he remains active with GRACE Marketplace.

“I’m glad everybody is working on the same goals,” he said. “We’ve kicked this can down the road long enough.”

“The closing of the prison was serendipitous,” former City Commissioner Randy Wells said. “We didn’t have to start from scratch in building a campus.”

It operates a 113-bed shelter, feeds appetizing meals planned by its own chef and provides medical care and social services through 27 agencies. There are church services, Bible studies and 12-step meetings.

Staff members help people find employment and enroll in job training. A laundry and a computer lab are available.

Trina Hernandez volunteers in the clothes closet, neatly arranging clothing by size and making it easy for people to select what they need.

Hernandez sits down to talk about the journey that led to her job at GRACE serving as a “floater.” She does whatever is needed, including tasks in the laundry, the mail room and the kitchen. 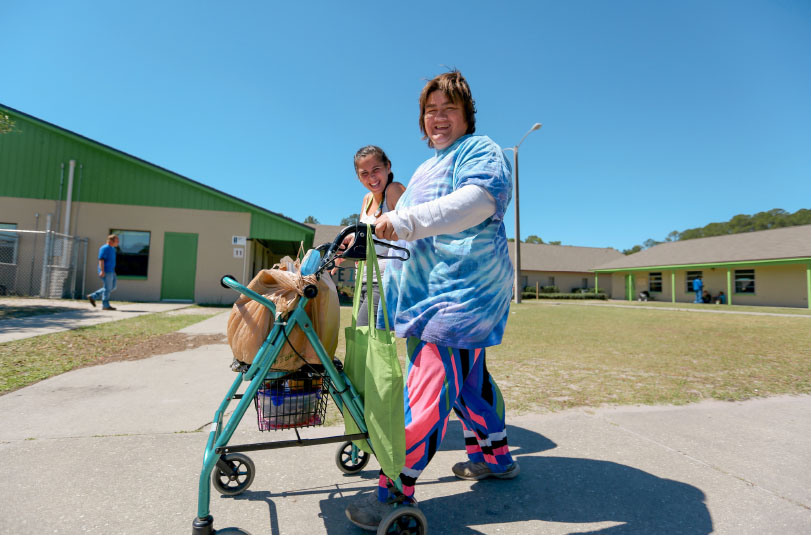 Her engaging smile and enthusiasm belie her struggles brought on by a wayward life and time in prison.

“I wasn’t open to opportunities earlier in life,” she said.

In prison, she decided to turn her life around.

“I wasn’t religious, but I had lots of time to sit and think,” she said.

When she was released, she became a guest at GRACE and worked as a volunteer while living there for a year and a half.

“I’m so blessed to have found a focus,” she said. “It offers a lot of structure, compassion, guidance — and coffee.”

She challenges the guests to take advantage of the many available services, including job training and help finding a place to live.