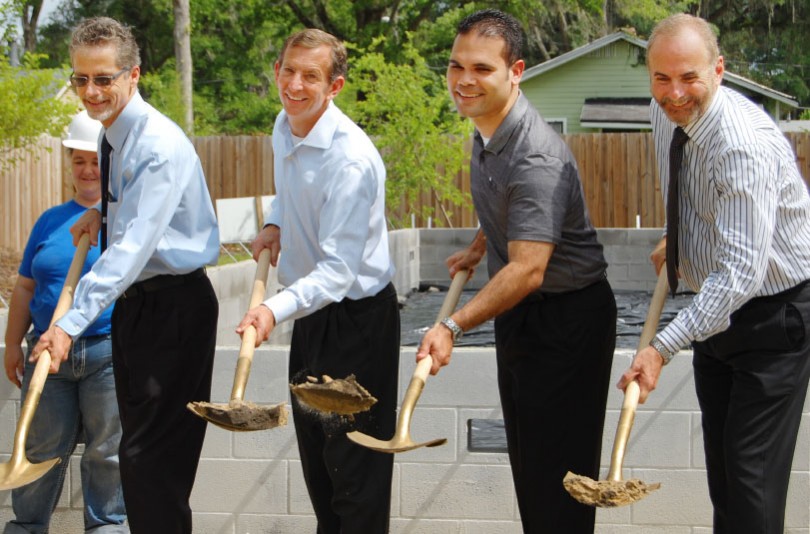 Laude Arnaldi is celebrating his 20th year as a banker in Greater Gainesville, and he has two reasons why he is more valuable to his customers than ever before.

First is his abundant knowledge of both local business and the banking industry.

“I try to stay ahead of the curve in learning about what is happening in our market as well as what the bank regulators are doing,” Arnaldi said.

Second is his position as the SVP/Senior Lending Officer with Citizens State Bank, the only remaining locally owned community bank.

“We make all our lending decisions locally,” Arnaldi said. “We know the businesses here. We know the owners’ character and reputation. We look at more than just the numbers when making loan decisions.”

The Dickert family owns a majority interest in Citizens State Bank, which it founded in Perry, Florida, in 1958. In 2013, they moved bank operations to the Gainesville area.

The bank now operates two Gainesville offices — at 6450 SW Archer Rd. and 4620 NW 39th Ave. — as well as a branch in both Perry and Steinhatchee, Florida.

Arnaldi and the rest of the staff are keeping alive the personalized service and community involvement that are hallmarks of Citizens State Bank.

“Many people don’t realize that we’re available to be their sounding board in business and financial decisions,” he said. “We’re here to help in any way we can.”

Arnaldi is active in the community. He serves on the board of The Education Foundation of Alachua County, the Builders Association of North Central Florida and the Gainesville Area Chamber of Commerce. He previously served in leadership positions with the Gainesville Quarterback Club and Girls Place, Inc.

“Most of our staff lives and works in the area, and we’re dedicated to making it a better place to live,” Arnaldi said.