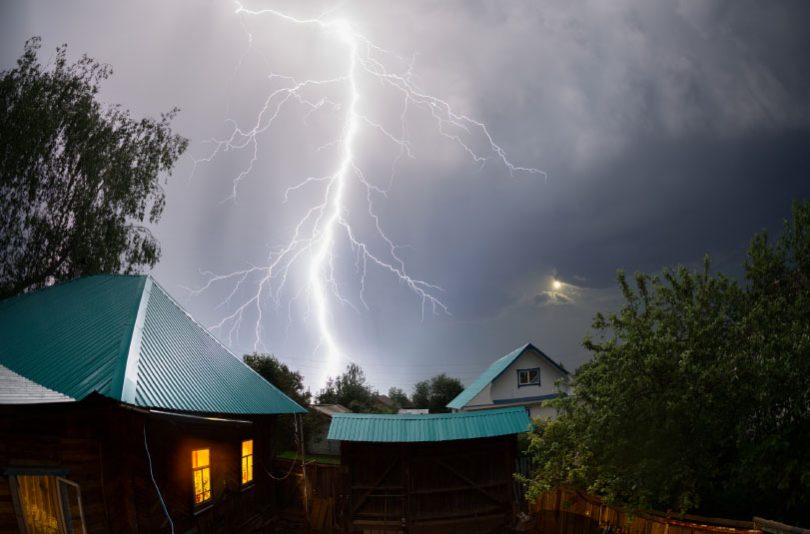 Living in the lightning capital of the world means there is a fair chance your property could be damaged by lightning. Are you prepared?

Each time a lightning storm gets close to my home, I nervously hope that it will pass and not unleash its fury on my property. I had heard so many stories from fellow Gainesville residents of lightning strike disasters that I would often wonder when it was going to be my turn. That day finally came in July 2016 when I was huddled on the floor in the master bedroom with my terrified dog as lightning flashed all around us. Like an exploding bomb, a bolt hit directly outside the window where we were seated. The house shook, all the fire alarms went off, the smell of smoke filled the house and the realization of what had just happened began to settle in.

The next two months were consumed by the aftermath.

After shaking off the shock, I called the fire department (luckily, they responded very quickly) and had them do a thorough search of the home and attic to make sure there was no actual fire. Fortunately, the smoke smell was from the quick death of many appliances and electronics, not from real flames. Then, the assessment began.

We said goodbye to our air conditioning switchboards, printer, subwoofer, garage door openers, fire alarm system, security system, phone lines, routers, Wi-Fi servers, closet lights, master bath jetted tub engine, cable, network switches, surge protectors, landscape lights controller and a few other miscellaneous items. We had no phones, cable or Wi-Fi for close to a month. Our house welcomed a revolving door of service people, with some visiting four or more times just to get everything back on track. When it was all done, our insurance claim came to about $10,000. Of course, I couldn’t help but be grateful during the whole ordeal that no one was hurt and everything was replaceable.

According to John Darr, an agent at Darr Schackow Insurance Agency, the Gainesville office receives about 50 lightning strike claims per year with an average claim amount of $2,500. The typical items that are damaged include AC units, home electronics, computers and appliances.

As mentioned in his blog, Darr said that one of the main pieces of advice the agency gives people is not to throw away any damaged items. There is a difference between a lightning strike and a power surge, and many insurance policies will not pay for damage that results from off-premise power surges.

“Most insurance companies will want you to get a lightning affidavit signed by your repair person so you are all in agreement,” Darr said.

To make my own insurance claim process as efficient as possible, I had repair professionals inspect and list damaged items and their estimated repair costs on company invoices. Then, each week, I sent an email update to my claims adjuster detailing all repair activity and any newly discovered damaged items along with photos and scanned copies of the invoices. By making sure everything was verified by a repair person, getting approval for new purchases in advance, documenting all activity and holding on to damaged items, the insurance claim process went through without any delays. 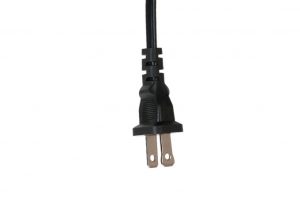 Some advice I received from the electrician was to keep the claim open for at least two or three months. Sometimes, an appliance, like a refrigerator, will sustain lightning damage but might still work, so you don’t realize it has been damaged until two months later when it stops running.

When asked if there is any way to minimize the damage caused by lightning, Dr. Martin Uman, distinguished professor in the Department of Electrical and Computer Engineering at the University of Florida, said it’s possible to buy a commercial lightning protection system as specified in the U.S. Code National Fire Protection Association (NFPA) 780. Avoiding a lightning strike altogether isn’t possible without erecting tall towers, but fire and electronics damage can be minimized or eliminated by confining electricity. A rod on the rooftop along with associated grounding and the use of surge protectors can properly design a conductive path as protection.

Uman, who wrote the book, “The Art and Science of Lightning Protection,” added that Florida has more lightning strikes per square mile than any other state in the U.S., with most occurring in June, July and August. He also said that during a lightning strike, residents should stay away from metal, including phones and refrigerators, and avoid the shower.

The final question is, “Does lightning ever strike the same place twice?” Tall towers in Florida get hit up to 100 times a year (the Empire State Building in New York City gets hit about 25 times a year), and a typical house in Florida gets hit once every 30 to 50 years, Uman said. For everyone who has been through this ordeal, let’s hope their luck holds out for a while before the next strike.