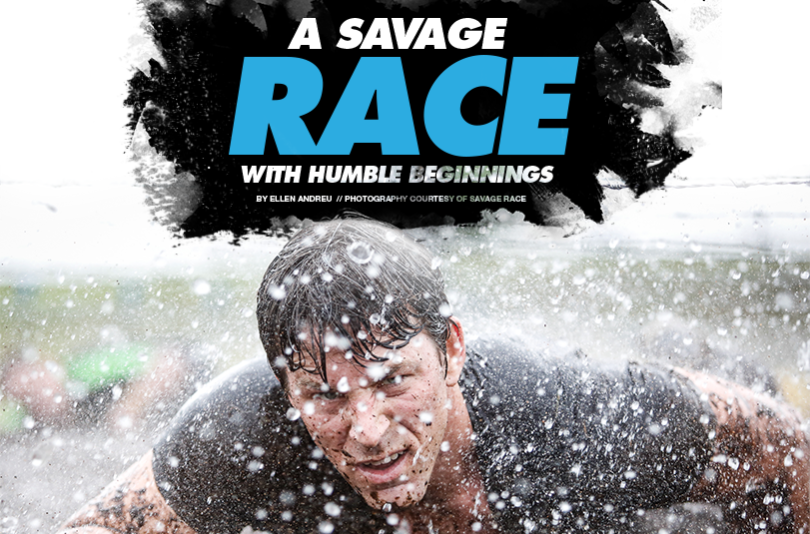 Sam Abbitt had always wanted to start his own business.

When he attended a race event, he knew he could make an even better one – and this was the beginning of a national movement: The Savage Race.

“I caught a glimpse of what the future of this industry was going to look like at an early stage… because I jumped on it, I was able to ride the initial wave of growth in the industry,” Abbitt said.

From a simple idea to a wildly successful obstacle race company, Abbitt’s journey began with a master’s degree in building construction from the University of Florida – and good timing.

The Savage Race was born in 2011. Abbitt and his business partner, Lloyd Parker, built their own wooden obstacles, such as monkey bars and ramps, to use for their events. Abbitt worked for a construction firm in Gainesville before he started the Savage Race.

“I owe a lot of my success to what I learned working at Charles Perry Construction,” he said.

While receiving mentorship and acquiring management skills at Charles Perry Construction, Abbitt learned how to run a company.

“It’s really interesting how similar a construction project is to an event,” he said. 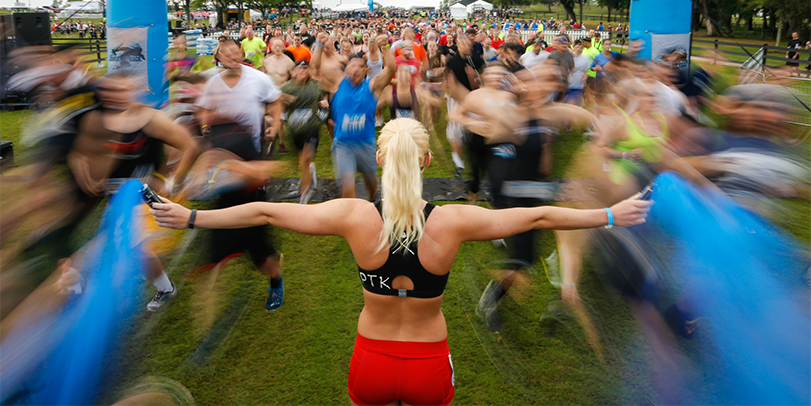 Both include working with different trades around a schedule to make something happen. And building the obstacles adds another construction aspect to the whole process.

Timing also played a factor in the company’s success. Back then, the business was very popular and new, so everyone had equal opportunities to create a good brand and build a reputation.

“We probably pooled $30,000 of our own cash to get this thing going, and it just paid for itself,” Abbitt said. “We were able to fund it with just the registrations.”

Parker, intrigued by the idea, began the journey while holding onto his day job.

“Sam pitched me the idea and I thought it was really interesting. I put some cash up, but cautiously kept my day job for close to a year,” Parker said in an email. “We both worked extremely hard to make it work. We put in lots of long days, weekends and early mornings to get the business up and running.”

Social media marketing was also a big part of the company’s success story and played a major role in getting people to register for the events. Facebook advertising was new when the company began, so the businesses that took advantage of this new form of advertising really benefitted.

“For every dollar we spent on Facebook ads, we would get $10 back,” Abbitt said.

In those days, the company could communicate with people without promoting posts. Now, most companies are utilizing these ads, so they are much more expensive.

While the race brings in 60,000 runners annually across 14 events all over the nation, Abbitt and Parker still call Gainesville home. So, after many years of hosting events in bigger cities, the co-founders decided to bring the race to Greater Gainesville.

In February of 2019 the Savage Race will be coming to Alachua for the very first time. The company offers two versions: a 3-mile course and a 5- to 7-mile course. The Alachua event will feature a 3-mile race at the Rembert farm.

This race reaches many cities, and has impacts on people in each community, even blind children.

A group of students from the Maryland School for the Blind attend the race held in Maryland every year. Their team, comprised of visually impaired students nicknamed the “Blind Bees,” goes through extensive training to compete in such an intense race, which involves mud, obstacles and uneven terrain. The students run together through the obstacle course with guides.

“They bring about 15-20 kids… these kids are so brave,” Abbitt said. “It’s hard enough to do it when you can see, but wow… it’s really inspirational. Everyone who sees them can’t believe how cool it is that this school put this together for these kids and the kids do it.”

Another inspiring Savage Race story involves the Bomb Suit Run for Warrior, which raised $24,000 for soldiers wounded or killed in combat and their families.

“All the survivors who were part of that team wore the bomb suits… the big huge things with the bubble helmet and all of that,” Abbitt said.

Additionally, some people get engaged or married at the Savage Race events.

“We probably have four marriages a year,” he said. “Then, engagements are all the time; people are always getting engaged at the finish line.”

Not only has the Savage Race impacted lives across the country, but the race also makes an economic impression on each individual community.

The race in Dade City in March of 2018 brought in thousands of participants and required nearly 1,200 hotel rooms to accommodate competitors, coaches, families and friends. According to an independent consulting firm hired by Pasco County to estimate local economic impact, the Savage Race event brought in an estimated $669,141. 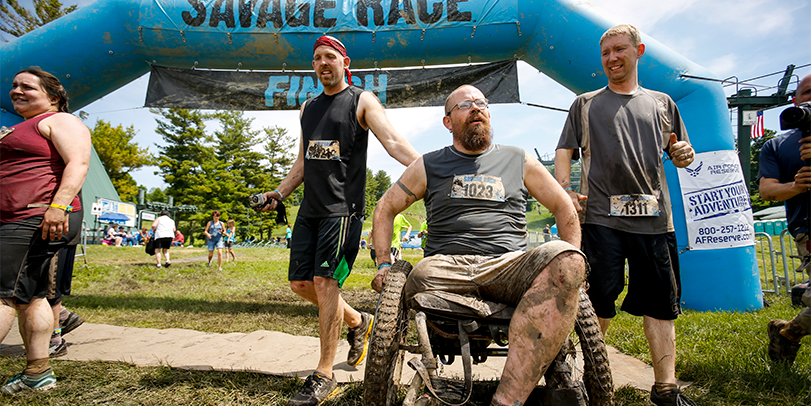 For those who don’t mind making a day trip, the Savage Race will be returning to Dade City for two days in November.

“I was in the best shape of my life when I started Savage Race,” Abbitt said. “But then, owning and operating a business was a huge stressor for me [and] fitness kind of went out the window for a long time.”

Even though it’s easy to be completely focused on your business, he said it is important to put yourself first.

“In the last couple years, I’ve renewed my focus on fitness, and this year I’ve done four of my own Savage Races,” he said.

Parker finds himself in a similar place with fitness.

“Honestly, my relationship with fitness is up and down,” Parker said. “There are periods of time where I work out daily and other times where I find it hard to make it to the gym between my busy work schedule and family.”

After everything the duo has accomplished, they are finding balance between work and personal fitness goals. Now back in Gainesville, the business partners are focused on family and expanding the Savage Race’s reach.