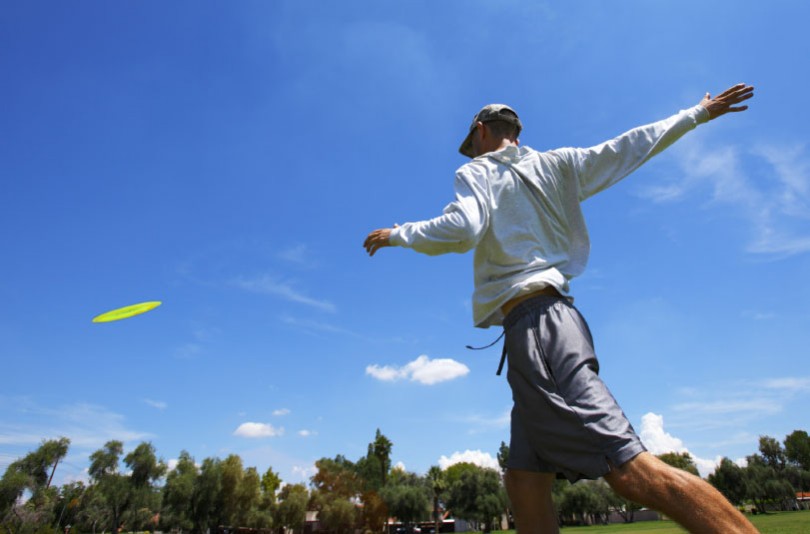 At the age of two, Garrett Gurthie remembers throwing disc golf discs around the house from his stroller.

Twenty five years later, the Gainesville native is now the top-rated disc golf professional in the state of Florida. His experience with the sport has been “one of the greatest of all time,” he said.

“The disc golf family is unbelievable,” Gurthrie said. “Each year, I travelled and stopped at various Professional Disc Golf Association (PDGA) tournaments. Disc golf has taken me on three full tours around the United States and overseas as well, to compete in Copenhagen, Denmark.”

Disc golf is played very similarly to golf, according to University of Florida journalism student Eric Heubusch. “Instead of a tee, there is a pad — kind of like a runway —where a person has the chance to take a few steps and throw a disc,” Heubusch explained. “Instead of a hole, there’s a basket with chains set up that you throw it toward.” The rules are also the same as regular golf, where one’s score is tallied by the number of throws it takes to get you to the basket, and each basket has a par set for it. The objective of the game is to complete each basket — or “hole” — with the fewest number of throws.

Gurthie said he started his tournament career at the age of six, then went on to earn his spot as a professional disc golfer at the age of 13. At that age, he was competing with professionals who were much older than he was. “I had the opportunity with two professional disc golfers, David Feldburg and Philo Brathwait, to present disc golf to the island of Barbados back in 2011,” Gurthie said. “We taught hundreds of kids and adults how to play the sport, and even donated discs and nine baskets to them that were provided by our sponsors.”

Though not a mainstream sport, disc golf has had a long history. “Steady” Ed Headrick founded the PDGA in 1976, according to the organization’s website. Recently, the sport has soared in popularity, with disc golf courses popping up all over the world.

Today, Gurthie is one of seven board members to represent the Gainesville Chain Hawks Disc Golf Club, a group that supports the growth of the sport locally. They introduce the sport and promote the rules, values and techniques that are important to all players, regardless of age and skill level, according to the Chain Hawks website. 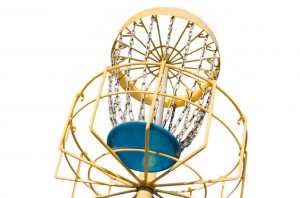 Throughout the year, the club runs doubles and leagues during the week, where players are always encouraged to bring out their family and friends, Gurthie said. These events generate awareness within the parks and are a great way to promote the sport and club. Other events hosted by the club include clinics, where local pros lead instructional and interactive demonstrations of the sport. “These clinics are typically utilized to raise funds for local charities and are promoted all around town,” Gurthie said. “We generally receive a large turnout of people entirely new to the sport.”

The club just wrapped up the inaugural season of its first competitive league, which consisted of four teams with five players on each team.  “The club is constantly working towards bringing more attention to disc golf, so that we can grow the sport and community of players,” Gurthie said.

Currently, the Chain Hawks are in talks with the city to create a potential partnership and start a weekly competitive league to bring in new players and grow the sport further within the community.