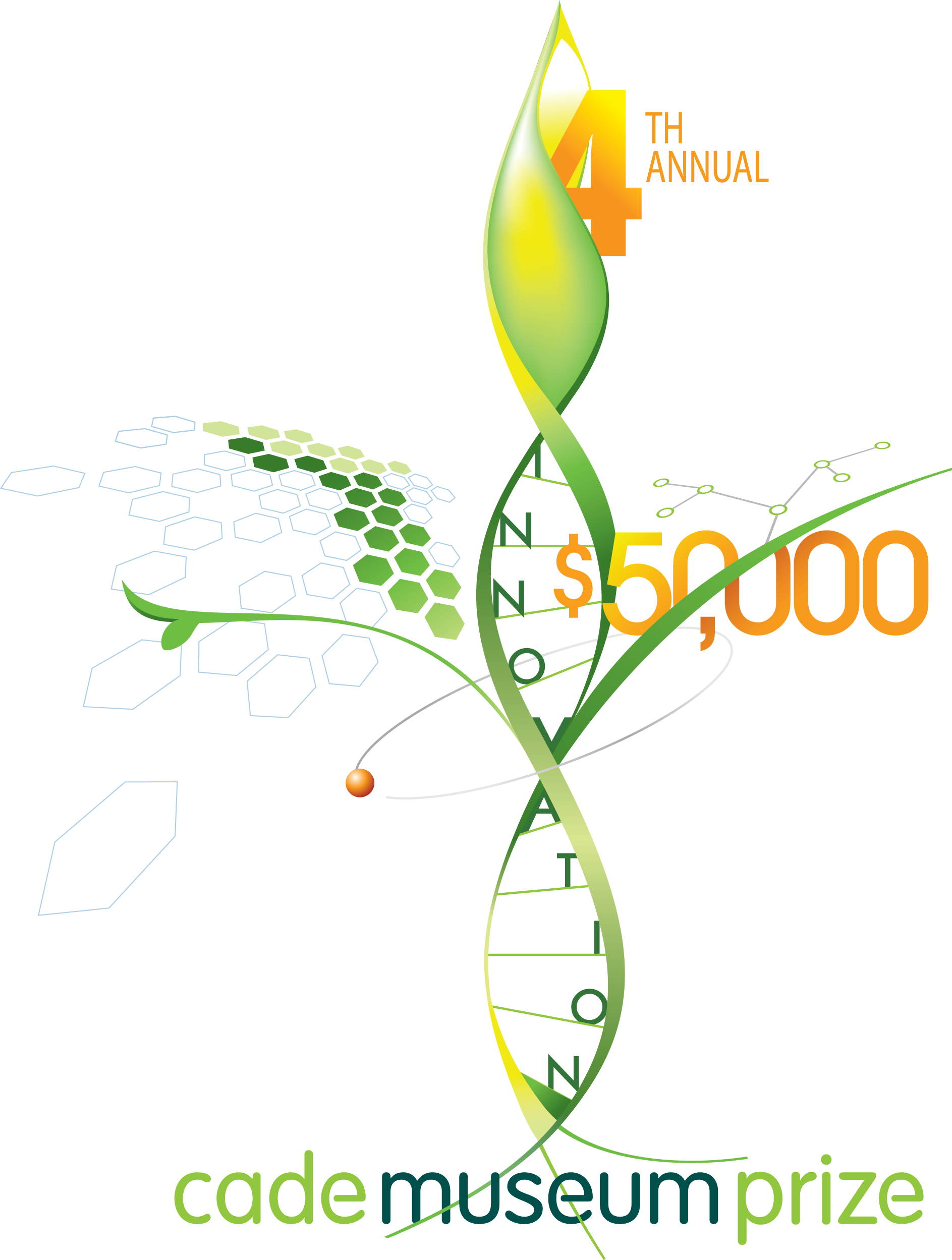 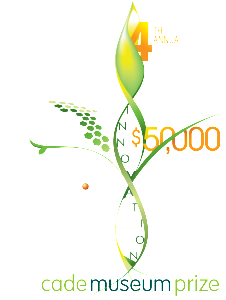 NanoPhotonica beat out 80 contenders to take home the $50,000 prize

Made possible by a grant from the Community Foundation of North Florida, the 4th Annual Cade Museum Prize Night is the culmination of a six-month competition seeking the most-innovative invention in Florida. It also is the latest example of the Cade Museum for Creativity and Invention’s commitment to encouraging connections between disciplines such as art and science.

NanoPhotonica beat out 80 other inventors and entrepreneurs to win the prize named in honor of Dr. Robert Cade, lead scientist on the team who invented Gatorade and the inspiration for the Cade Museum for Creativity and Invention, slated to break ground in 2015.

Morton made his pitch to about 350 people at the sold-out event. NanoPhotonica’s technology makes display screens 10 times brighter than today’s screens and much more affordable to produce. The company has offices in Orlando and in the University of Florida’s Innovation Hub.

The three other finalists in this year’s Final Four were the Naples-based Didrick Medical, which invented a prosthetic finger for amputees; Gainesville’s Green Liquid and Gas Technologies, which invented a pyrolyzer that converts biomaterials into energy; and Partender, a Gainesville startup that developed software to dramatically reduce the time required to take bar inventory.

For the third consecutive year, Gainesville’s Info Tech joined as the presenting sponsor.

“We are delighted that other companies are now starting to see what Info Tech has known since the 1970s — Gainesville is a great place to live, work and to grow a technology enterprise,” said Dr. Tom Rothrock, senior vice president of Info Tech. “With the ‘idea generators’ of UF and Santa Fe College and a strong entrepreneurial and technology ecosystem in the community, the possibilities for this region are limitless.

“That is why we sponsor this event. We want all of the companies vying for the prize to be successful and foster the start-up ecosystem that is already putting Florida, and especially Gainesville, on the map. The Cade Museum Prize truly crystallizes this goal. I commend Phoebe [Cade Miles], Richard [Miles] and the Cade family for their enthusiasm and commitment to the inventor and entrepreneurial spirit.”

In addition to the many semi-finalists on hand for prize night, the Cade Museum pulled a few surprises: a rubber-band orchestra; a “Random Act of Culture” in which 12 musicians joined the audience, one at a time, while performing “Ode to Joy” in a variety of musical styles ranging from classical to Dixieland jazz.

During the evening’s festivities, the museum also announced the creation of the Plus-One Society, an exclusive group of donors who contribute at least $25,000 toward the building campaign. Each member of this elite group will be immortalized in and around the museum with a gestalt sculpture created by local sculptor Jennifer Garrett. Donors who pledge $50,000 are honored with a free-standing sculpture of their profile.

“These donors are taking a leap of faith with us,” said Cade Museum Director of Development Jennifer Denault. “They are our ‘angel investors,’ who are going to help us turn this dream into a reality.  Every museum has a donor wall, and it’s likely we will, too, but these ground-floor investors need to be recognized in a permanent and profound way.  That is why we worked closely with Jenn Garrett to recognize each of our Plus-One Society donors with a beautiful and personal work of art.  She has done an amazing job.  We are so excited to share this opportunity with everyone.”

This also was a big night for the first graduates of Cade’s “Living Inventor Series,” another example of how the museum is making connections. This group of mostly underprivileged students got to work closely with local inventors to better understand the science behind their inventions.

“We wanted to see if this program model would work,” said Cade Museum Program Director Patty Lipka, “and it seemed best to try to work with students from schools that for one reason or another don’t have as many resources.”

The first inventor to participate was Dr. Nik Gravenstein, a UF anesthesiologist who invented air-cooled shoulder pads now used by many college and pro football teams. Gravenstein taught the children how bodies build up and release heat, and then unveiled his invention, which the kids tested on Florida Field.

The students also studied with Dr. Dave Molyneaux, a Cade Museum Foundation Board Member who founded InVivo, a Gainesville company that makes MRI coils. The students were able to run MRI scans of oranges, bananas and pizza.

Other inventors who worked with students: Dr. Ben Lok of Shadow Health, a Class of 2012 semifinalist; and Dr. Ryan Martin, winner of the 2011 Cade Museum Prize.

“It is an honor for Cox Communications to participate in this wonderful event and acknowledge the children who completed these amazing courses,” said Maureen Tartaglione, a spokeswoman for Cox. “It is also an incredible testimony to the impact that the Cade Museum is having already.  Even though the Museum isn’t even close to fully operational, they are partnering with agencies and organizations throughout the community to offer unique, life changing opportunities.  We can only imagine the difference the Cade will make once it is built and the programs are in full swing.  It is so exciting for Cox Communications to be a part of it from the very beginning.”

The Living Inventor series will continue next year, as four 2013 Cade Museum Prize semifinalists have agreed to teach classes to a group of middle school students.

Construction on the museum is scheduled for late 2015 at Depot Park downtown. In the meantime, the museum, which houses part of Dr. Cade’s original lab, continues to create programs and offer classes out of a temporary home on South Main Street.

“We are making connections,” said Phoebe Cade Miles, founder and president of the Cade Museum Foundation Board.  “This is what our museum is all about.  Not only are we able to support these inventors and entrepreneurs, but we are teaching our kids that we all have the creative potential to change the world.  Certainly my father never imagined his hydration solution designed to help college football players would be a worldwide household name, or that it would be used to save the lives of infants suffering from dysentery in third-world countries.

“We want everyone to really understand and believe that anything is possible with opportunity, hard work, perseverance and a great team.  That is what the Cade Museum and this prize are all about.”