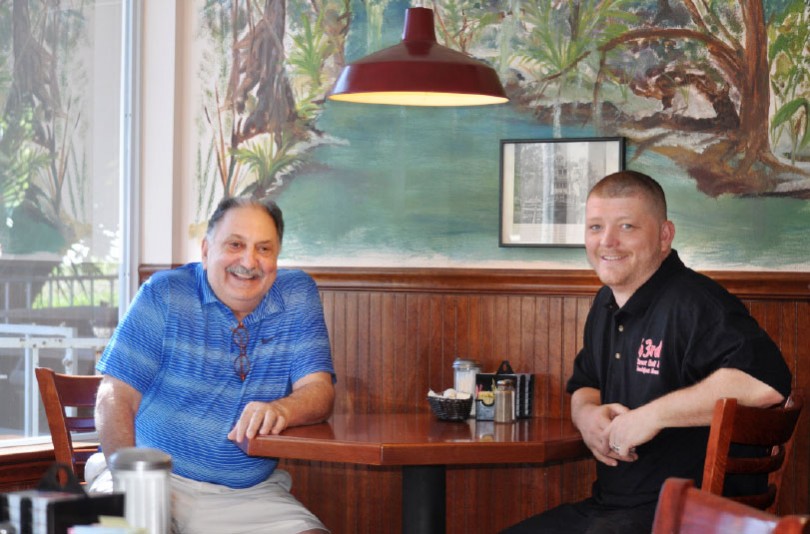 Cakmis certainly knows a thing or two about Gainesville’s growing landscape — he moved to the city in 1968 and has been running a deli in Gainesville for 35 years. The 43rd Street Deli is widely known for its breakfast food, but Cakmis’ original idea was a kosher-style deli. He travelled to Miami and Sarasota to study kosher delis there and even worked at a deli in Sarasota for a month to get a feel for the business. “It’s easy to walk in and look. But when you actually do it, you learn a lot more,” Cakmis said. 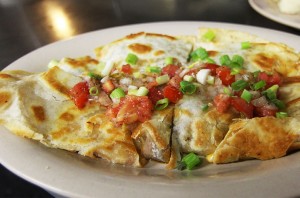 He then came back to Gainesville and opened a kosher deli downtown, which he ran for about three years. When parking downtown became scarce, Cakmis moved to the current well-known location on Northwest 43rd Street. The kosher-style deli concept lasted for eight years before Cakmis made the choice to focus on breakfast. “We started doing hot lunch specials and got more and more into breakfast. We do very well at breakfast,” explained Cakmis. Over the years, 43rd Street Deli has won several awards, including accolades for ‘Best Deli’ and ‘Best Breakfast House.’

“This is my life. I’m married to this. I love it,” Cakmis said. He prides himself on the quantity, quality and variety of his deli. When he’s not running his business locally, Cakmis travels the country from New York to San Francisco and goes to every breakfast house he can find. He searches specifically for the “off-beat, different breakfast houses, where every time you come in you can get something different.” He brings these inspirations back to his own deli to offer the most to his customers — 43rd Street’s current variety spans from the typical egg breakfast to corned beef hash, challah bread and sweet potato waffles. 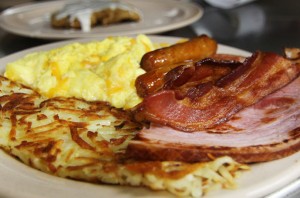 43rd Street Deli offers not only a variety of food, but plenty of it. “You get your money’s worth here,” Cakmis explained. Citing his own preferences, Cakmis doesn’t believe in small portions. “I like a sixteen- or twenty-ounce steak,” he explained, and so he makes sure that the food he offers is both plentiful and delicious.

A locally owned business, both 43rd Street Deli locations — on 43rd Street and Williston Road — are run by the Cakmis family. Paul, his wife Terri, their daughter Grace Cakmis, and longtime business associate Nathan Gale currently run the business. When Paul retires in three years, he plans to pass the business to his daughter Grace. “I’m proud of our longevity,” Paul Cakmis said. “I want to continue this.”

Though the 43rd Street deli has had different names, locations and even food styles, the Cakmis family deli is a longtime staple in our community, with has a legacy of over three decades in Gainesville and bright future in the hands of the next generation.