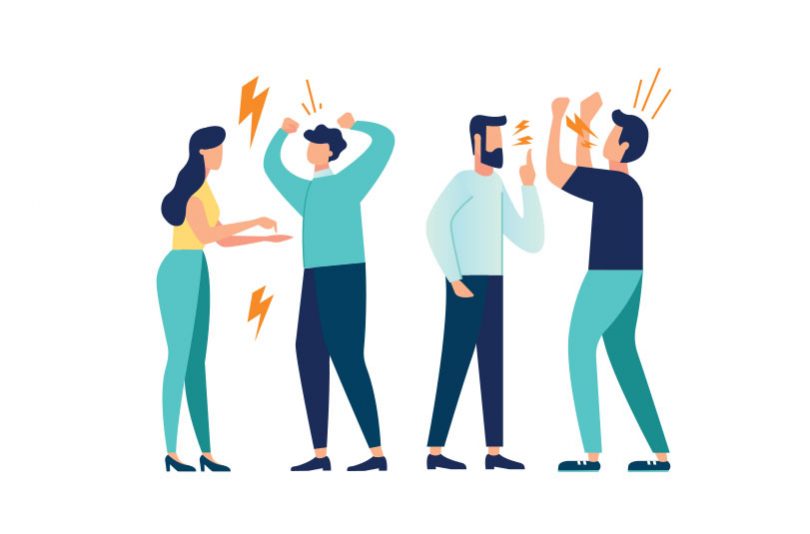 Imagine you are at the grocery store and out of the corner of your eye you see a child throwing a temper tantrum. You feel for the poor mother, who at this point has seemed to have lost her patience and begins yelling at the child. At this point, your sympathy shifts to her young child, because getting yelled at is not very fun.

Whether it is your boss, an angry friend or your significant other, being on the receiving end of an amplified tirade is something that we’ve all experienced. Sometimes it can be easy to get angry and yell along with the other person, but it is important to remember to regain your composure. Here are some ways to deal with the yellers in your life and how you can achieve peace without holding in your emotions.

It is possibly one of the hardest things to do, but it is important that you maintain a calm demeanor. Engaging in the anger can make it worse and the situation can easily escalate, something that the both of you do not want to happen. According to an article on PsychologyToday.com, you should let the person finish voicing their grievances and then calmly respond to their arguments in a fair and trusting manner.

An angry person can often feel like they were let down and that can cause several emotions. If somebody is yelling at you, try to look at things from their perspective. For example, a 2016 article in Business Insider, written by Kat George, states that when it is your boss who is yelling at you, it becomes easier in the long run to own up to your mistakes in that moment. According to George, it is important that “you understand your mistake, are very sorry, and will work as hard as you can to fix the problem as fast as possible.” Often, the other person will realize that they have been heard, softening the situation and his/her demeanor.

Sometimes it is hard to know when to walk away. It can be very frustrating because there are often things left unsaid, but if the situation gets too dire or if it becomes obvious that no resolution can be made at that moment, the best thing to do is to let it go, according to PsychologyToday.com. You can either suggest to talk about it when you are both calm or agree to disagree and let the situation resolve. It may not always turn out the way you want, but it will give you and the other person some space to deal with the issue separately.

When somebody is angry they may not always be thinking rationally, leading them to say things that they don’t mean. When you are being yelled at, it is very important that you limit your criticisms of the other person and to avoid insulting their character. They are already angry, so insulting them to their face is not going to make the situation better. Ryan Martin, Ph.D., an anger researcher at the University of Wisconsin-Green Bay, writes in “Psychology Today” that when analyzing a person’s character in an argument, it is important to talk about behaviors in that current moment. Saying “Please don’t yell at me” instead of “You always yell at me” can help the angry person feel less attacked and to hopefully come at the situation from a calmer perspective, according to Martin. Being mindful of this will surely prevent the situation from escalating and as a result, can maybe even help your relationship with that person.