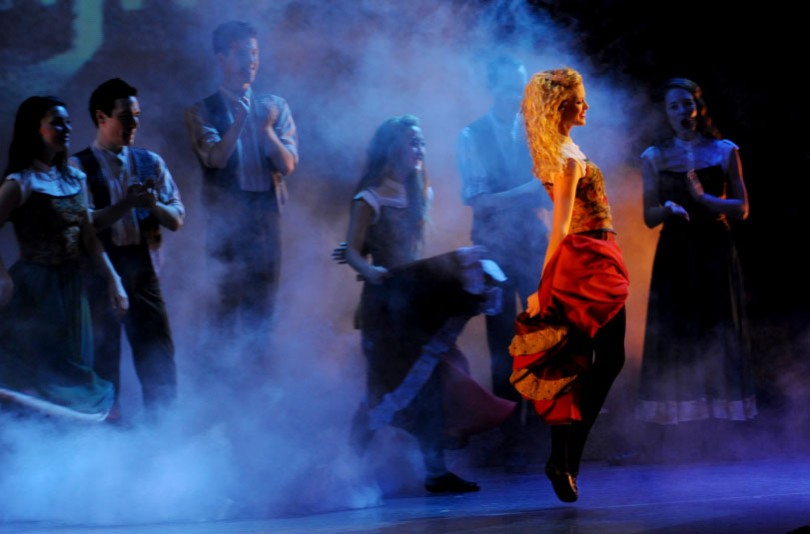 From January 17 to 19, the Curtis M. Phillips Center for the Performing Arts will once again have the opportunity to host a unique cultural experience. The upcoming visit to the Phillips Center will be the fourth time Riverdance has stopped in Gainesville. Riverdance has been an international phenomenon since it won the Eurovision Song Contest in 1994. The performance inspired contemporary innovation to the already rich culture of traditional Irish dance.

In April 1994, Jean Butler stepped onto the Eurovision Song Contest stage in a traditional Irish cloak, flanked by the soprano singers of the Riverdance choir. Their a capella voices delicately dissolved as Butler stepped out of the velvet garment in a black costume.

Butler floated from one step to the next, holding the grace of a ballerina while skipping and leaping. The musings of string and wind instruments bloomed in an enchanting melody, with the delicate rings of a piano and a subtle drum beat in the background. The Irish tune followed Butler and her quick feet.

With one last pose, the spotlight on Butler dimmed and a drumming quartet rolled in. Michael Flatley answered the call and galloped across the stage in traditional Irish hard shoes that click-clacked on the glossy surface.

The four percussionists engaged Flatley in a battle. After they tapped out a few staccato eight counts, he would tap back the same rhythm in response. A few moments later, Butler rejoined the stage also in hard shoes, challenging Flatley’s beats with her own.

With erect backs and arms pressed to their sides, an army of dancers shuffled their way to the main stage behind Butler and Flatley, who jumped into the synchronized steps of the dancers behind them. Sixty feet clapped out one unified rhythm as violin strings squeaked to a rapid tempo and the drums bellowed more intensely with each beat.

“I think there is something about the noise on the floor and the beat of the drum that is primitive and moves the audience,” Riverdance Director John McColgan said. 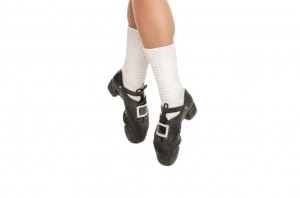 The dancers migrated into a unified line and joined hands behind Butler and Flatley, their steps joining in one unified sound. The dancers ended the performance with one last, unified tap, and the audience immediately cheered. 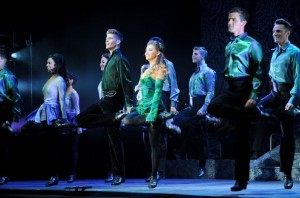 Ireland won the Eurovision Song Contest that year, and Riverdance quickly became an audience favorite that has kept its momentum for 22 years. The 1994 routine revolutionized the creativity of traditional Irish dance. It was only seven minutes long, but packed innovation into each step and sound.

As director, each season McColgan collaborates with the show’s Producer Moya Doherty, Composer Bill Whelan, and numerous choreographers. Moya Doherty, who is married to McColgan, created the show. She is chair of Raidió Teilifís Éireann, Ireland’s public broadcasting service. She is also the founding director of Tyrone Productions, Ireland’s leading independent film company. She created Riverdance with the goal of bringing appreciation and life to an Irish tradition. With spectacular music and lively choreography, she enlisted Irish step-dance legend Butler to choreograph the Eurovision Song Contest. Whelan composed the first musical arrangement for the show and still composes each season.

Shortly after the  seven-minute debut on European television, Riverdance evolved to a two-hour spectacular. It has garnered an audience of more than 60 million people and has toured the U.S. 16 times. Four of those times, they have stopped in Gainesville to perform at the Phillips Center for the Performing Arts. It debuted in America in 1996 on the the Late Show with David Letterman.

“When the dancers are on stage giving their heart and soul, the audience members feel that, and they return it back to the performers,” McColgan said.

While the fundamentals of Irish dance and music remain an integral part of the show, a fusion of other dance genres is woven into the modern routines. American tap, flamenco and Russian dance have been added to the production to enrich the experience. The common thread that unites each genre in the show is the pride each performer has in his or her culture. The musicians and dancers feel a sense of commitment to their countries when they perform and deliver an authentic experience, said McColgan. 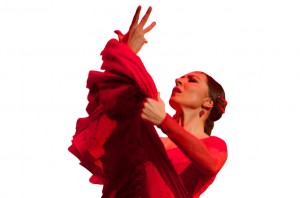 Some dancers have been with the company for more than 10 years, but the majority of them stay for three to five years. Regardless of how long they stay, McColgan calls the performance group “a little love machine.” “There have been 64 Riverdance marriages and 92 Riverdance babies, with four more on the way,” McColgan said.

Coming off of shows in China, the group will make a stop at the Phillips Center for the Performing Arts from January 17 to 19 for the US portion of the tour. Whether you make it to the opening show on the 17th or catch the closing show on the 19th, McColgan promises not to disappoint. His mantra? “Every night is opening night.”

For more information or to purchase tickets, visit www.performingarts.ufl.edu or call the box office at (352) 392-2787.